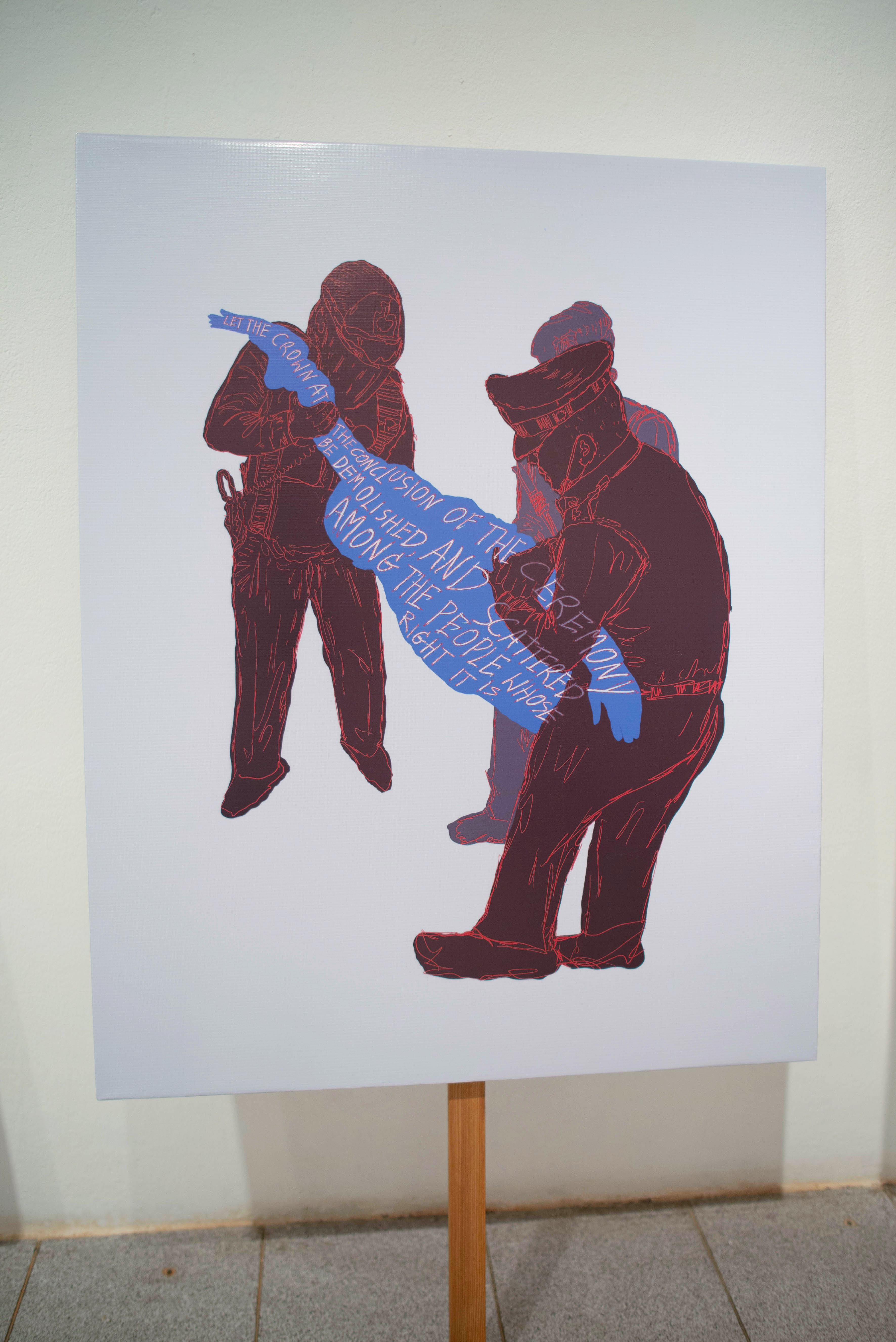 Let the crown at the ceremony...

Let the crown at the ceremony... 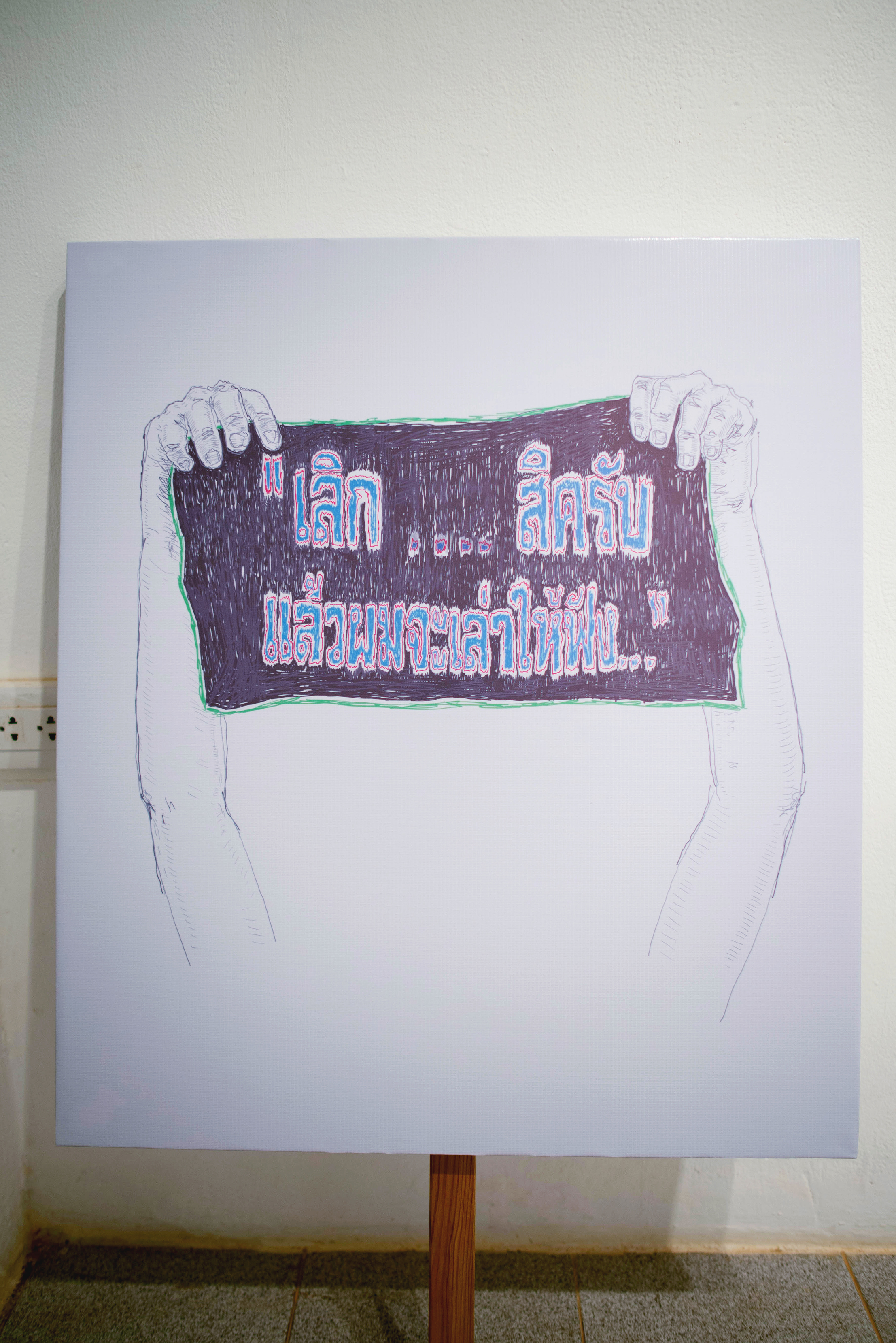 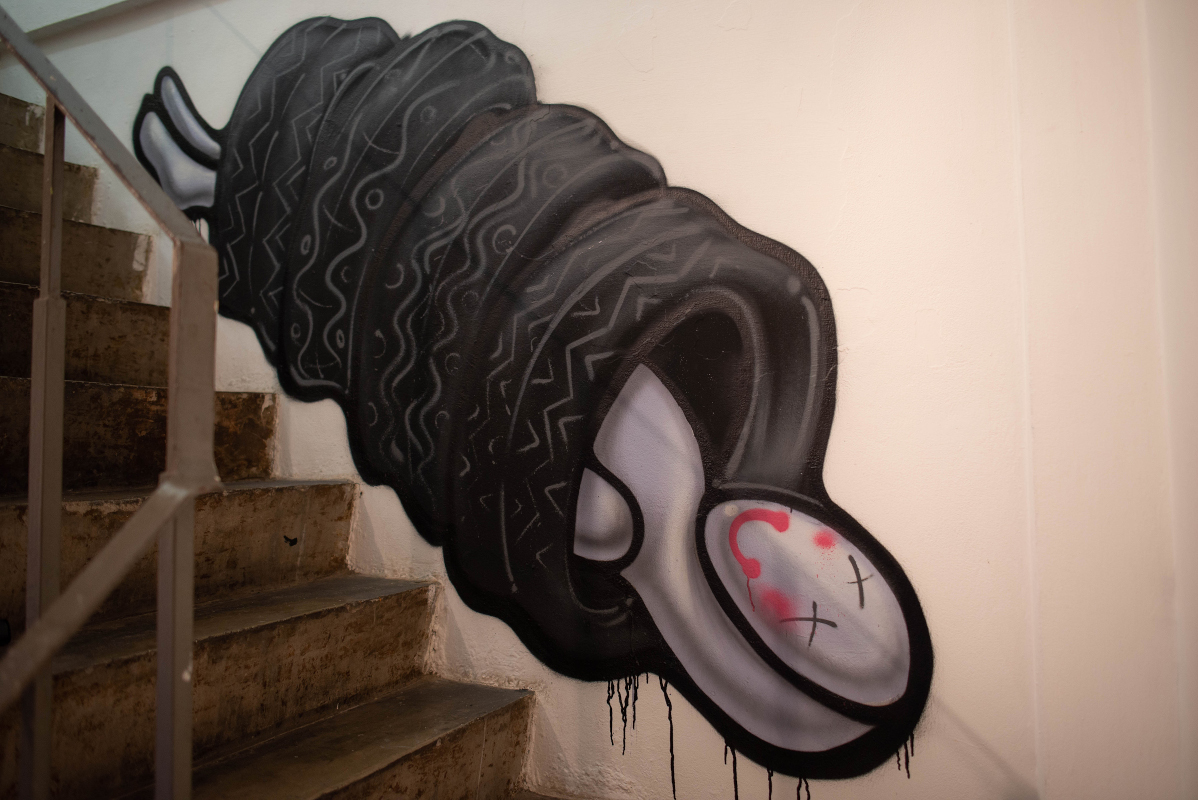 I’m stuck in a dictatorsh*t

I’m stuck in a dictatorsh*t 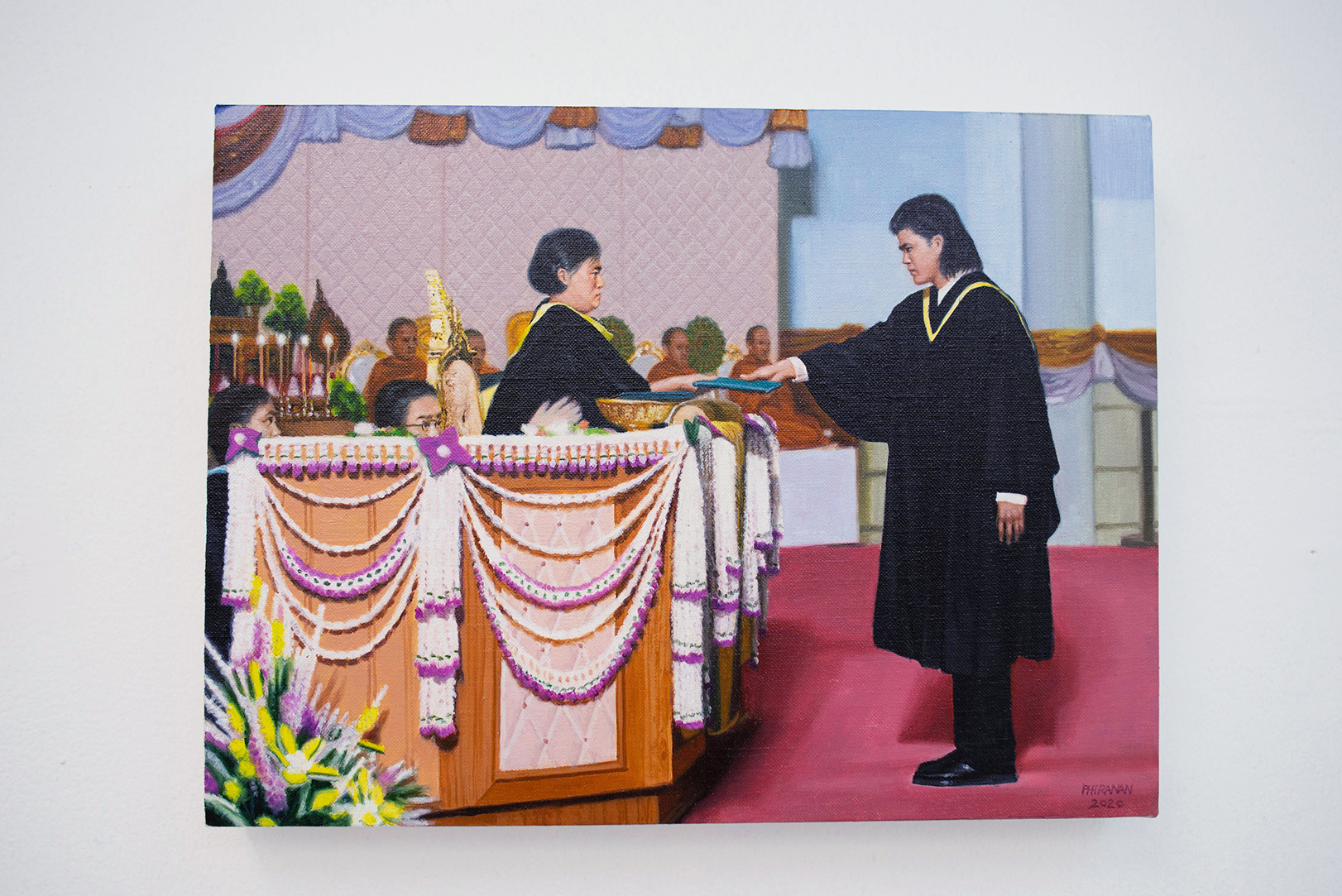 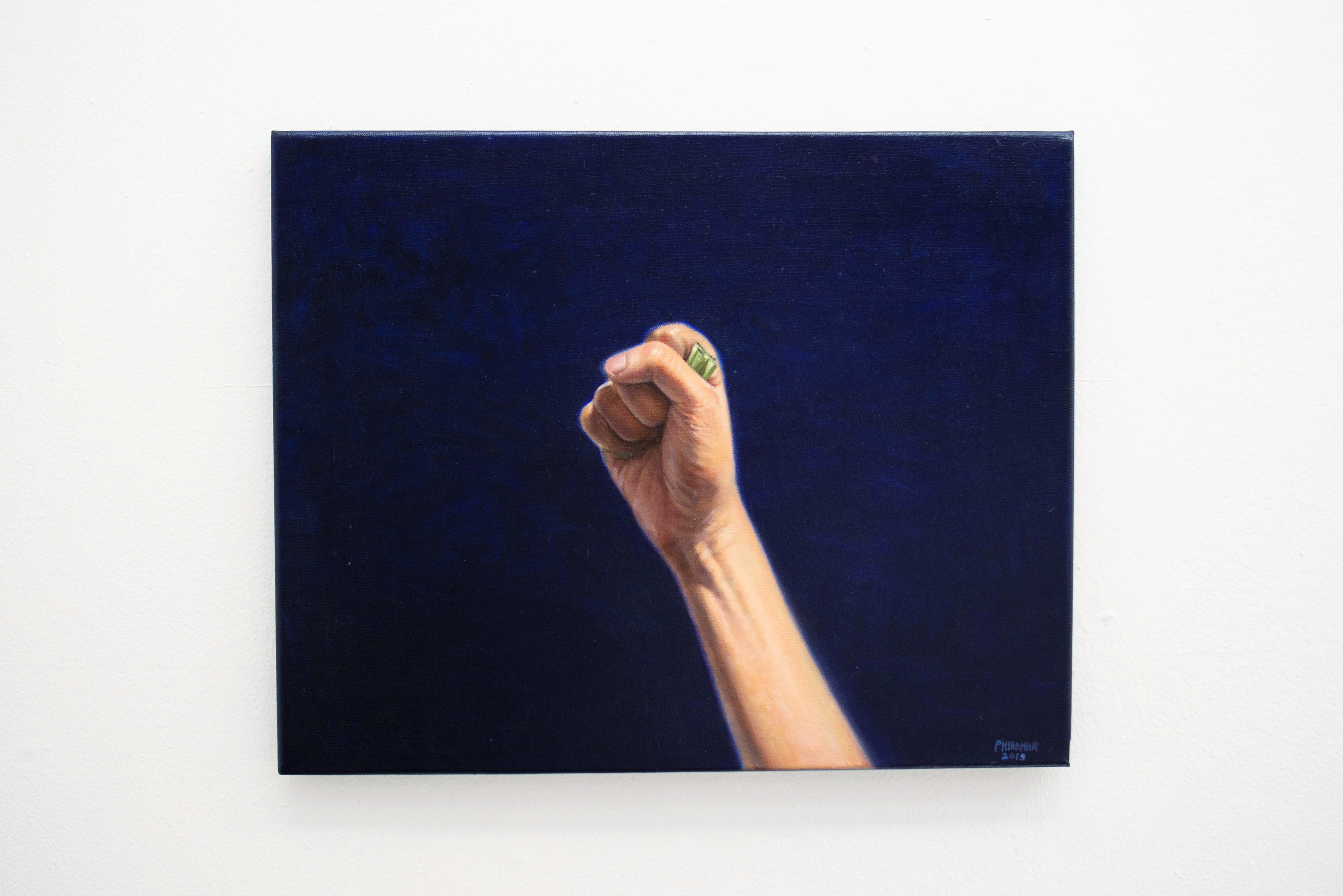 In the palm of one’s hand

In the palm of one’s hand 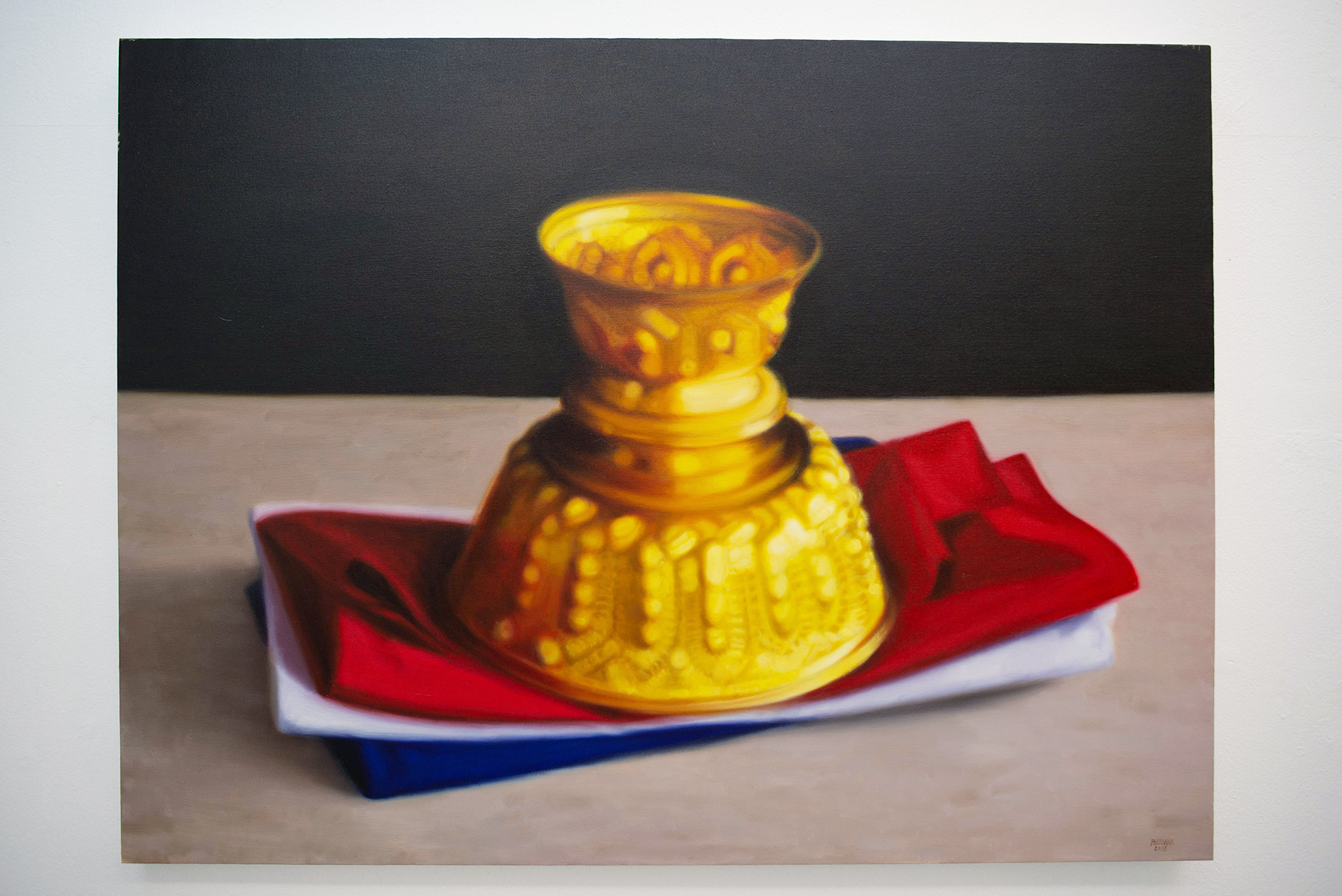 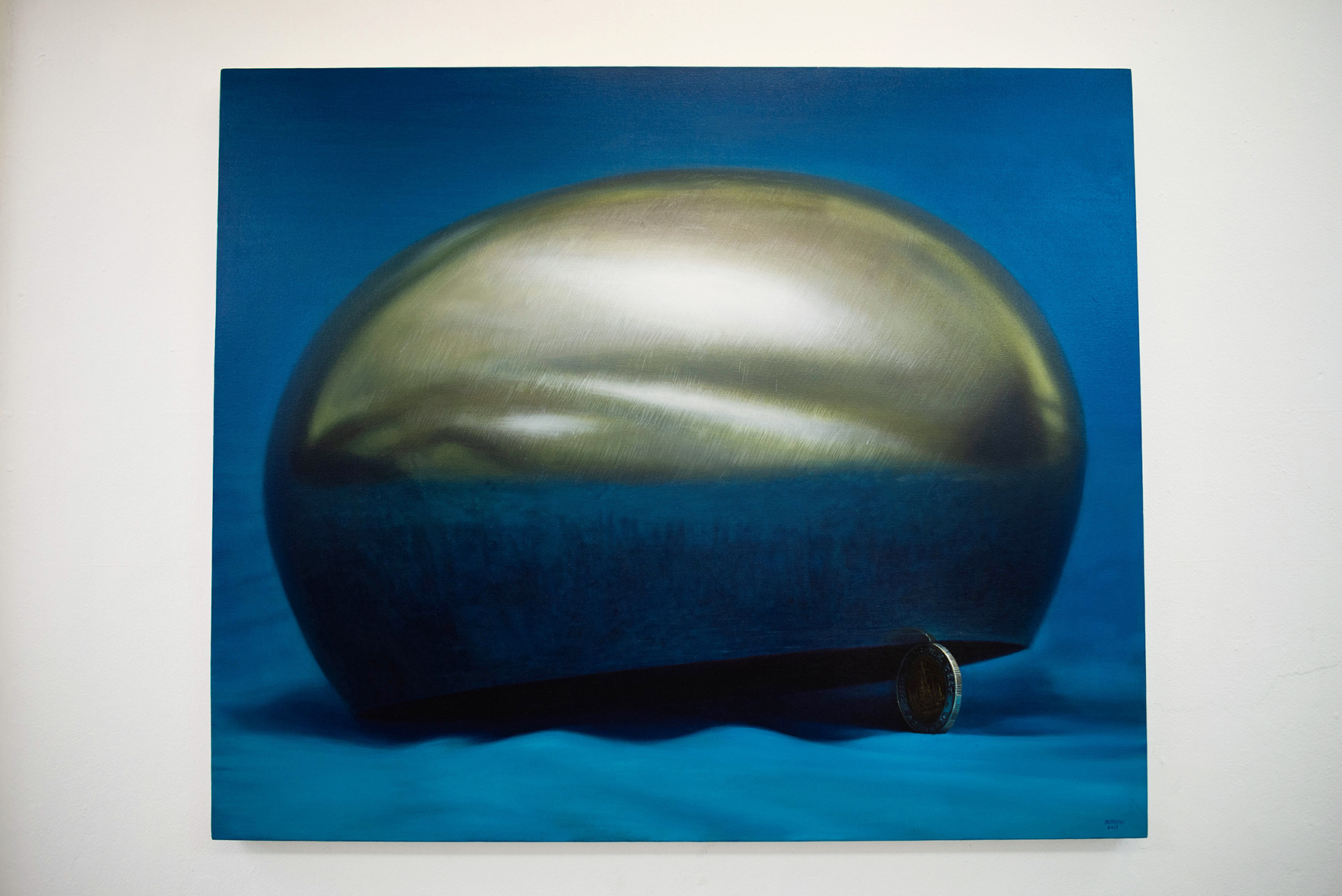 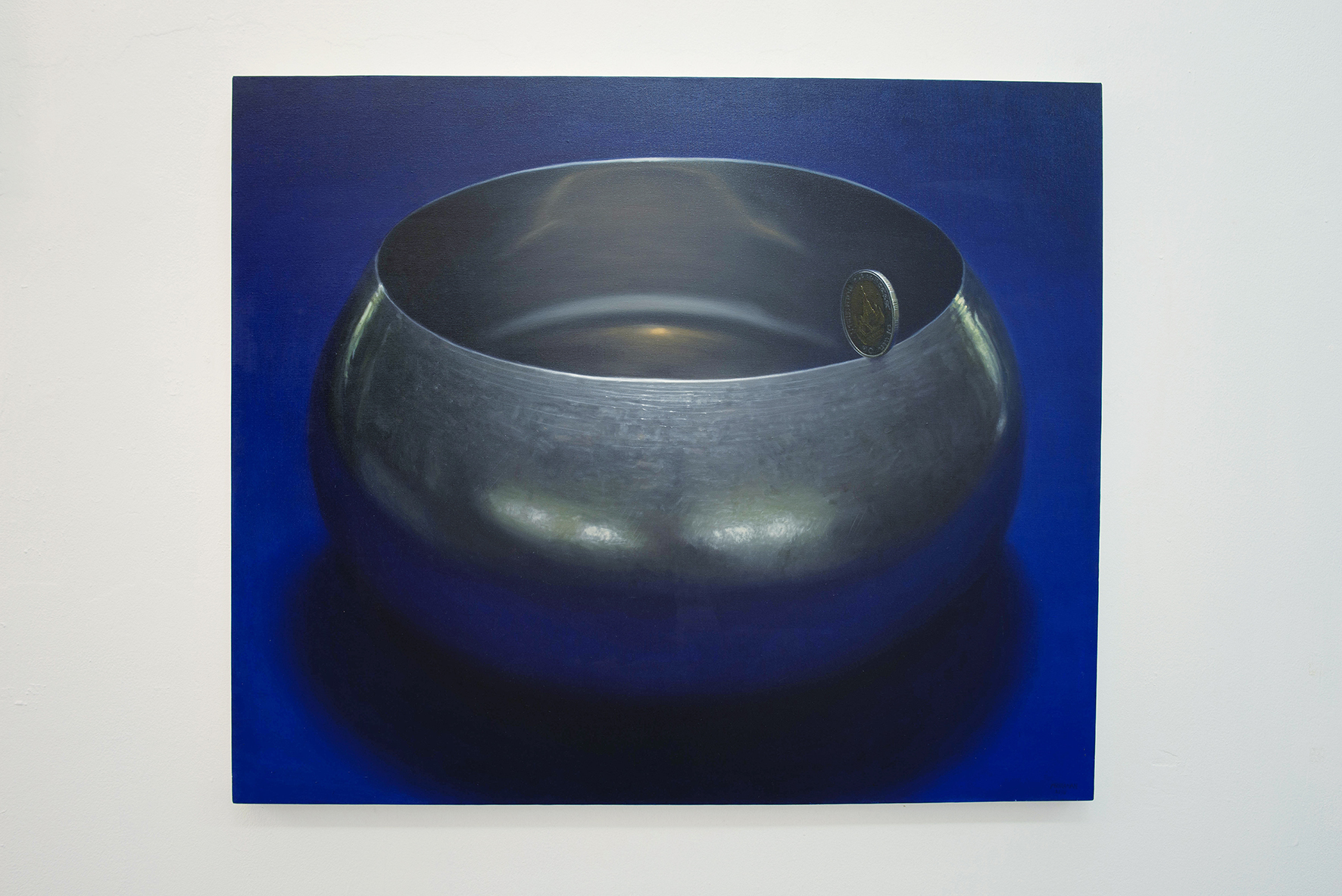 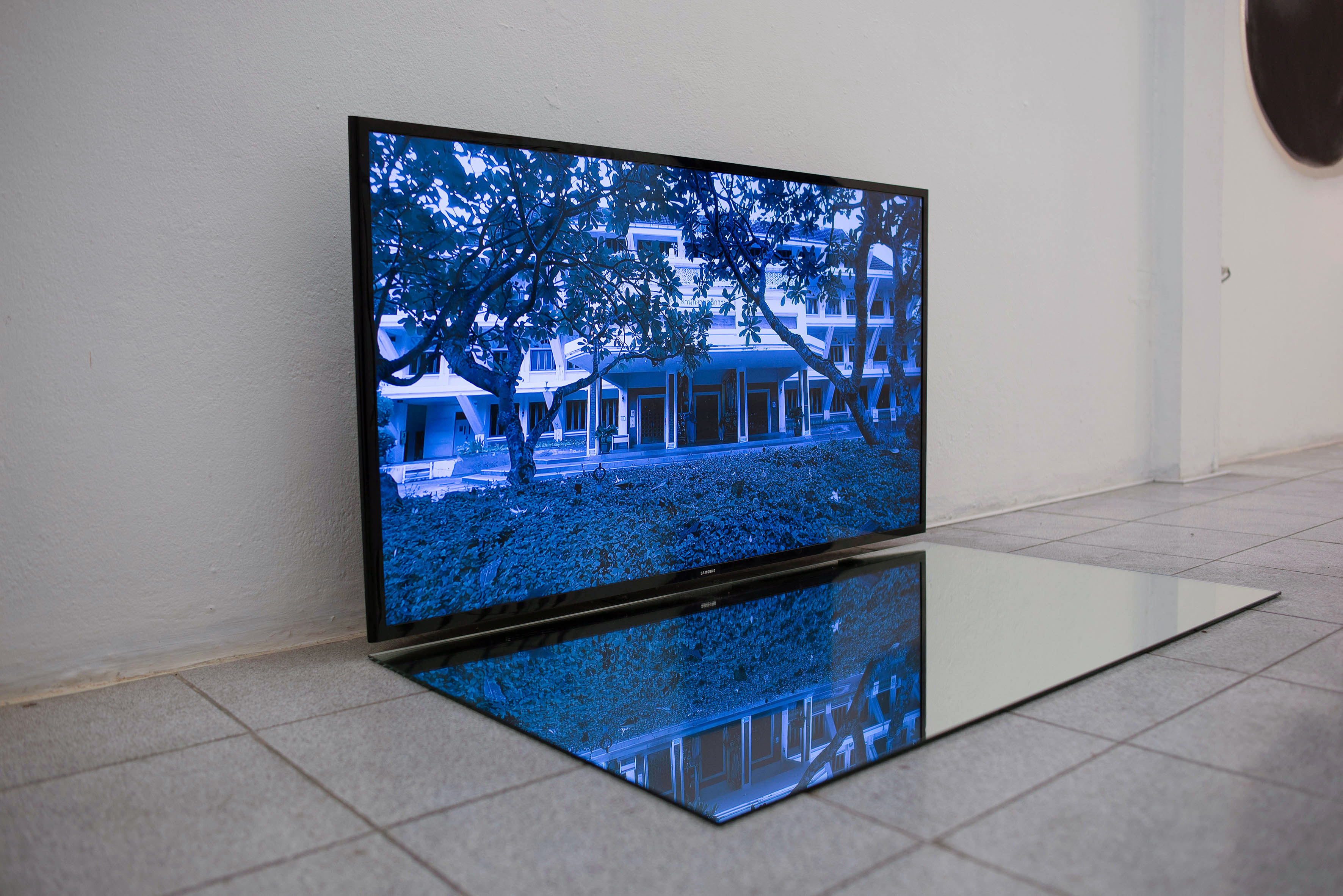 Under the blue shade

Under the blue shade 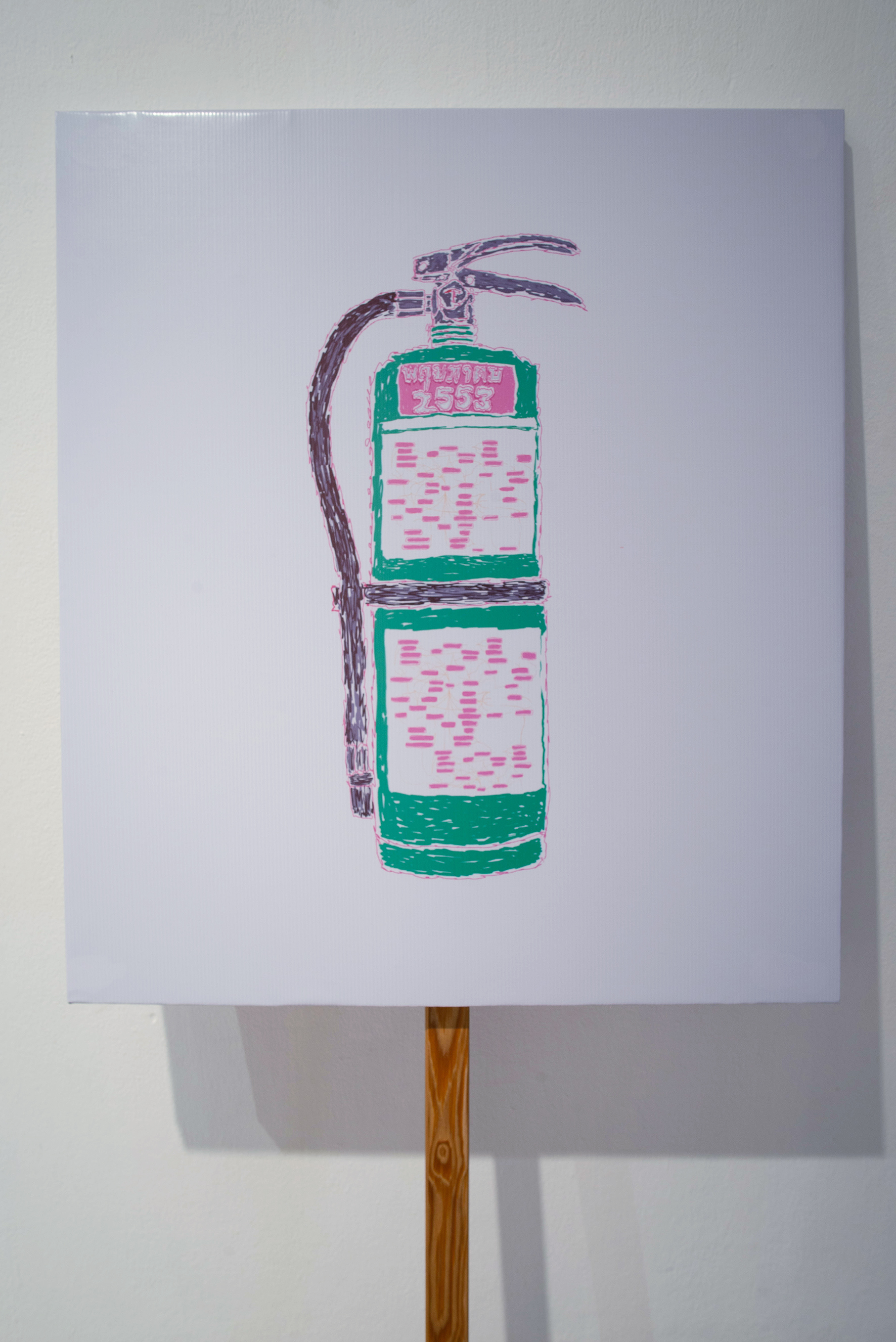 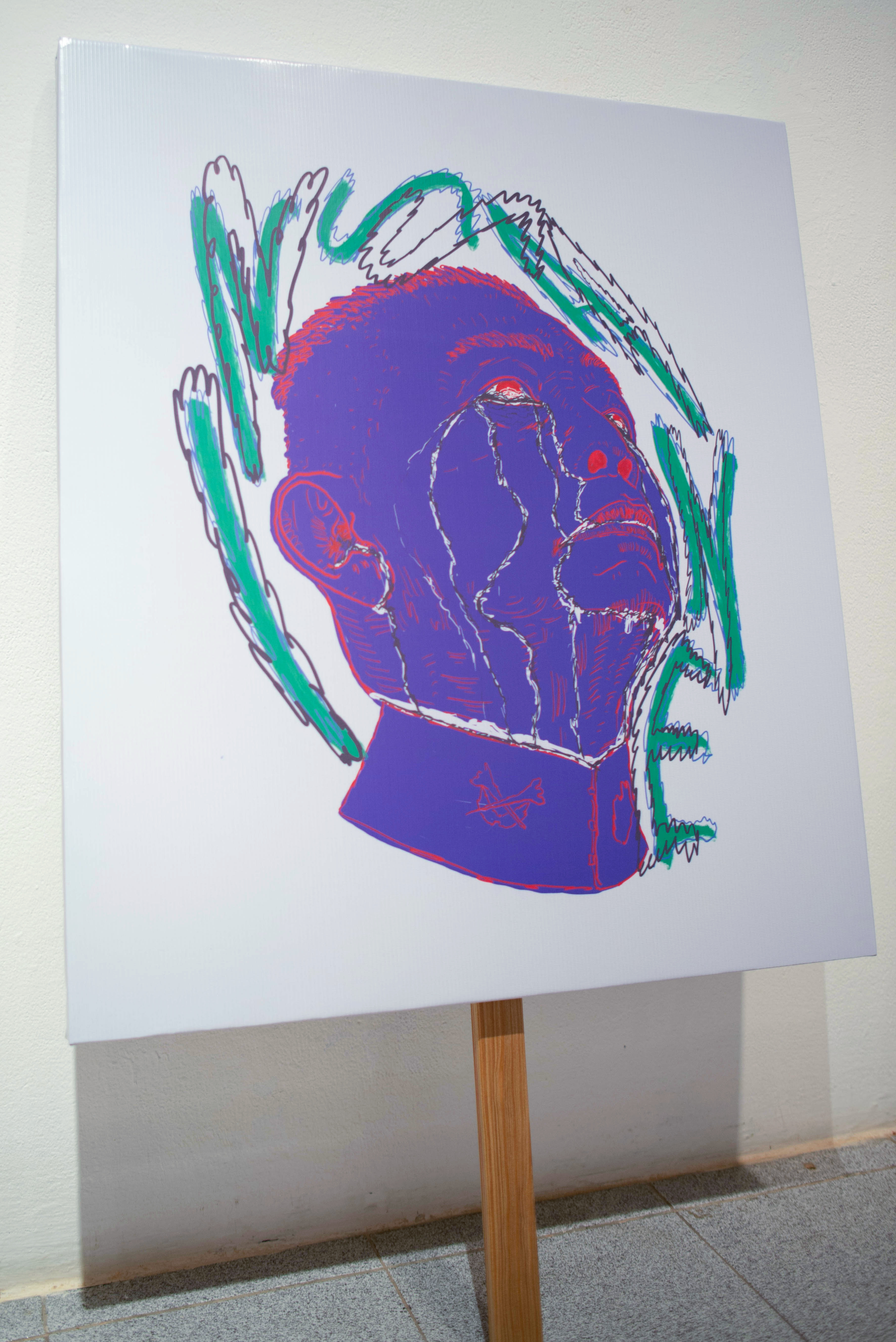 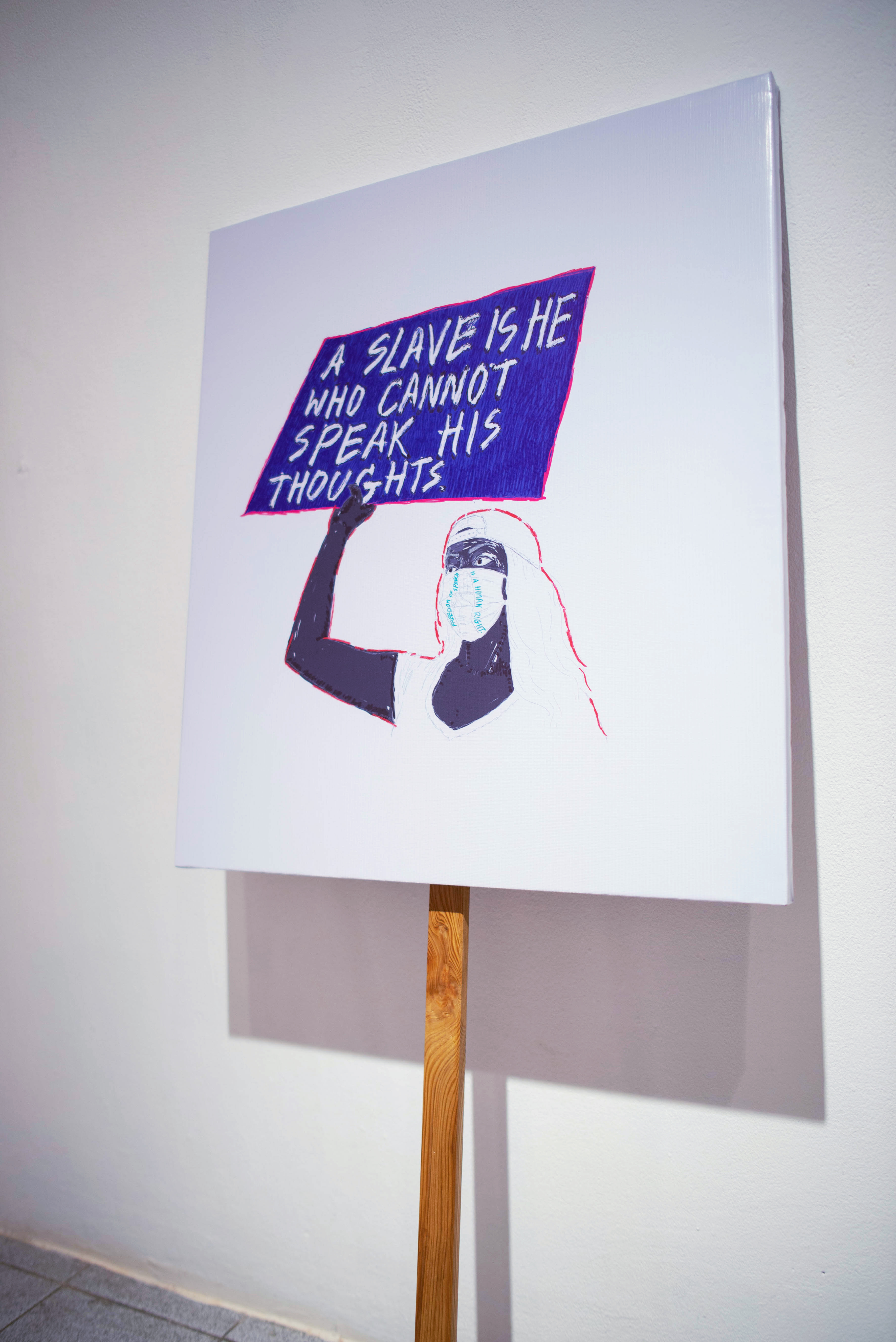 A slave is he who cannot speak his thoughts

A slave is he who cannot speak his thoughts 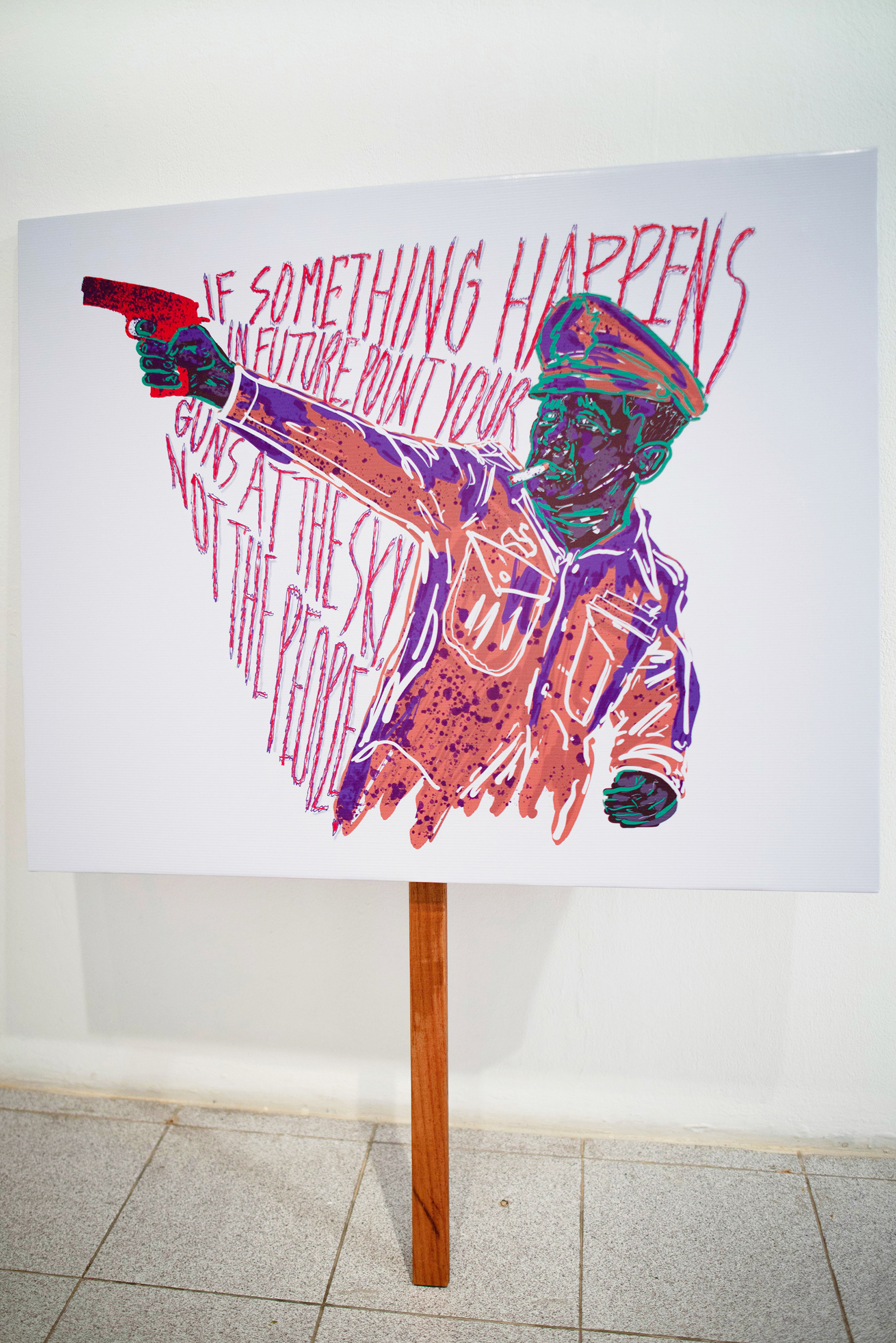 If something happens in the future...

If something happens in the future... 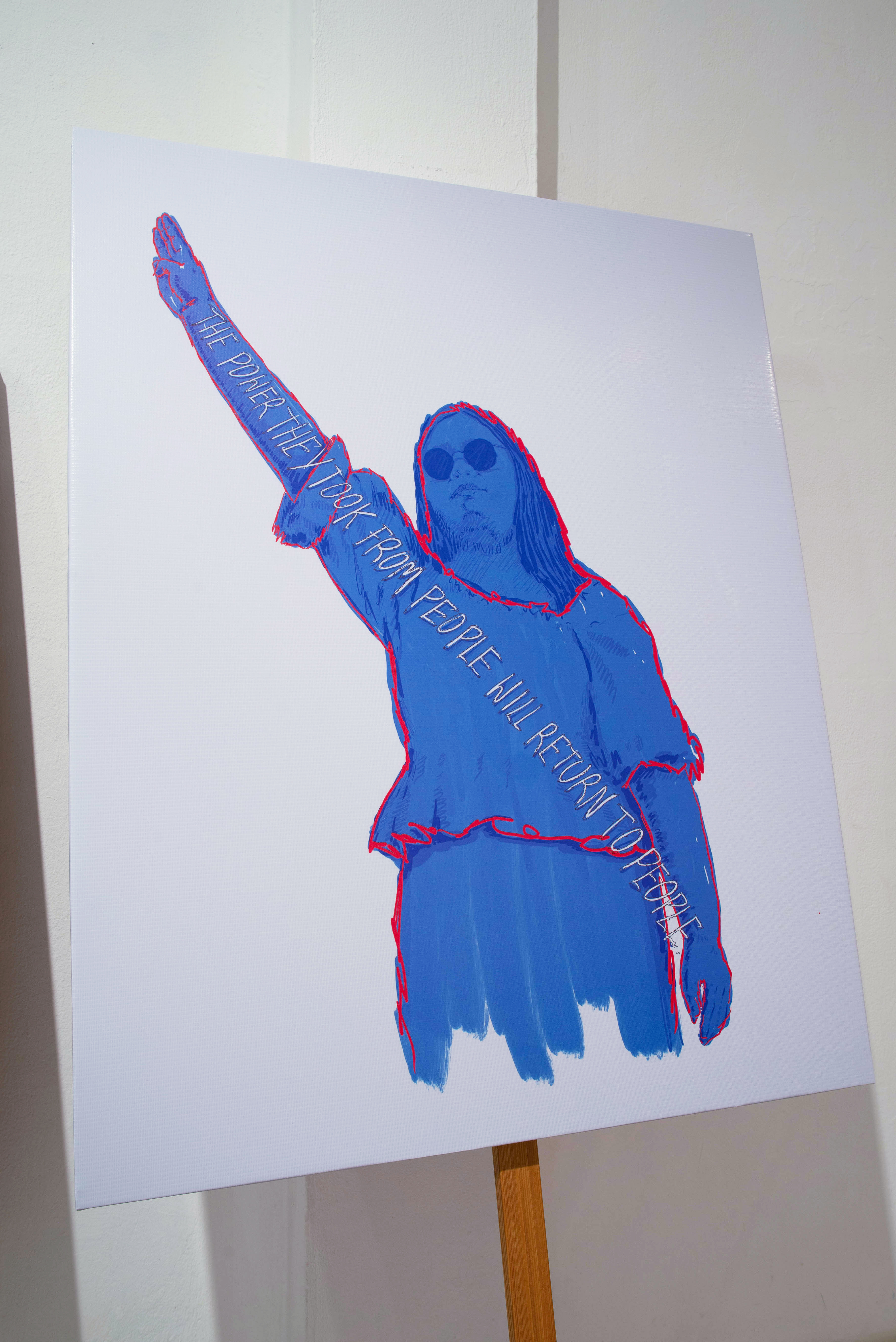 The power they took from people will return to people

The power they took from people will return to people 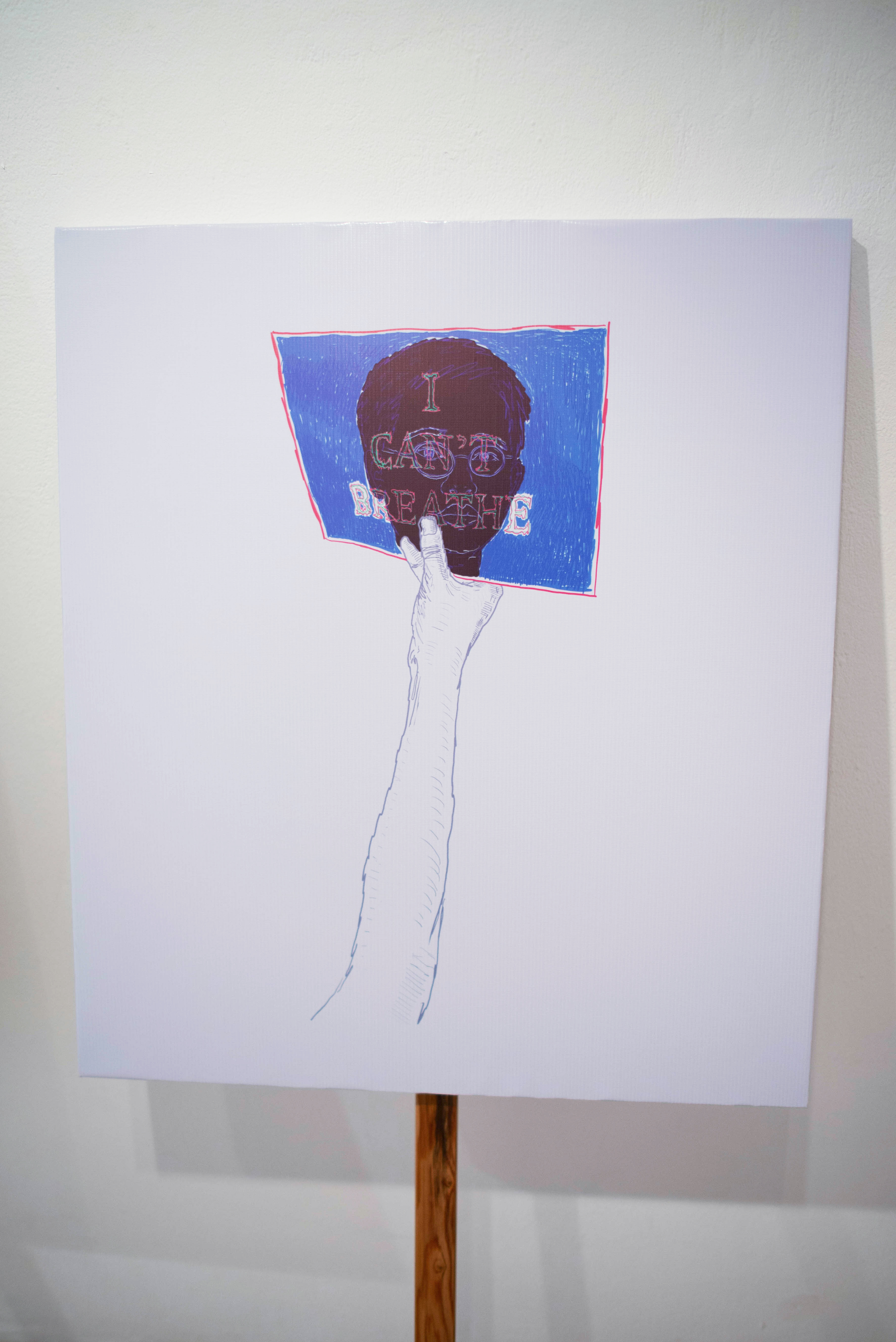 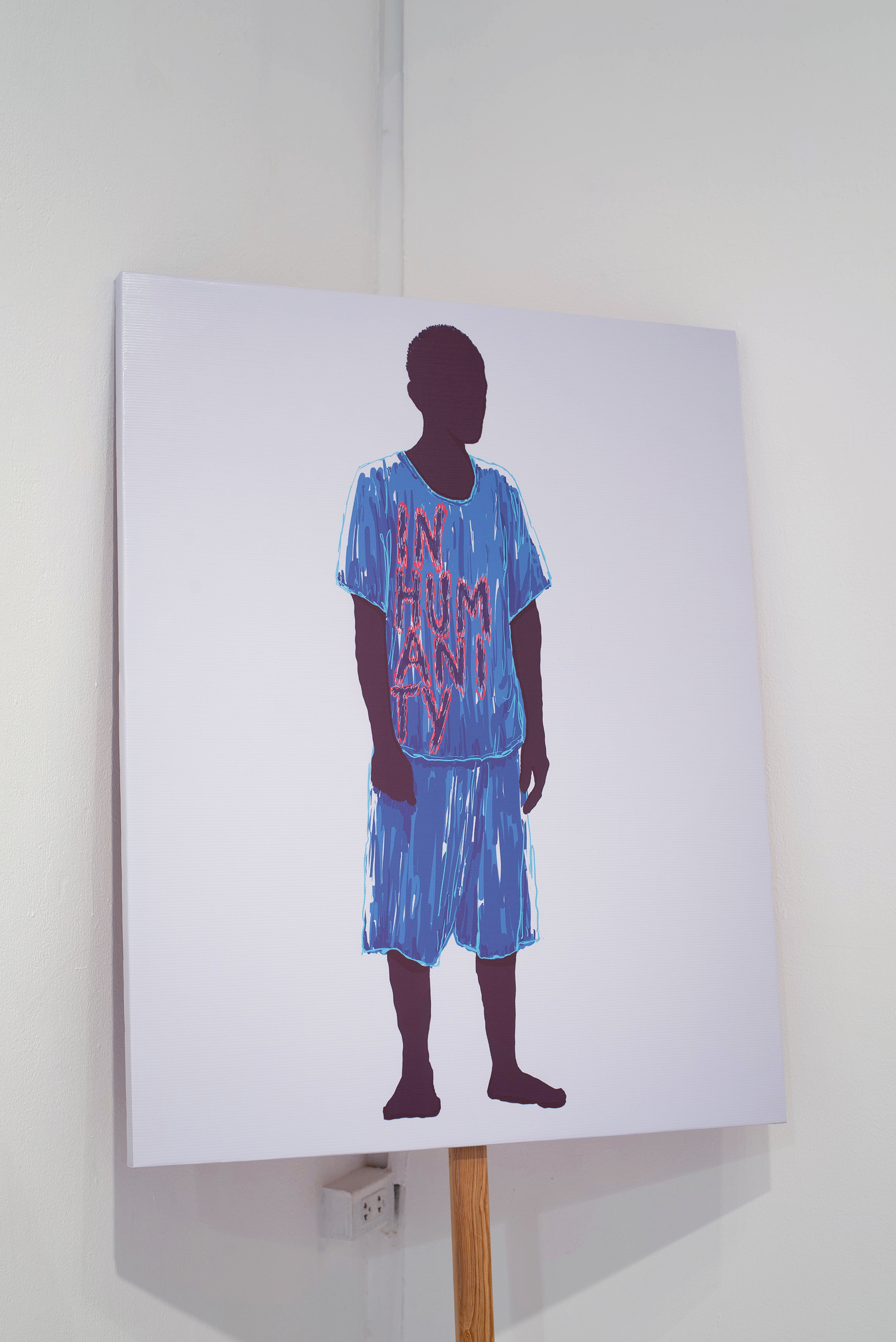 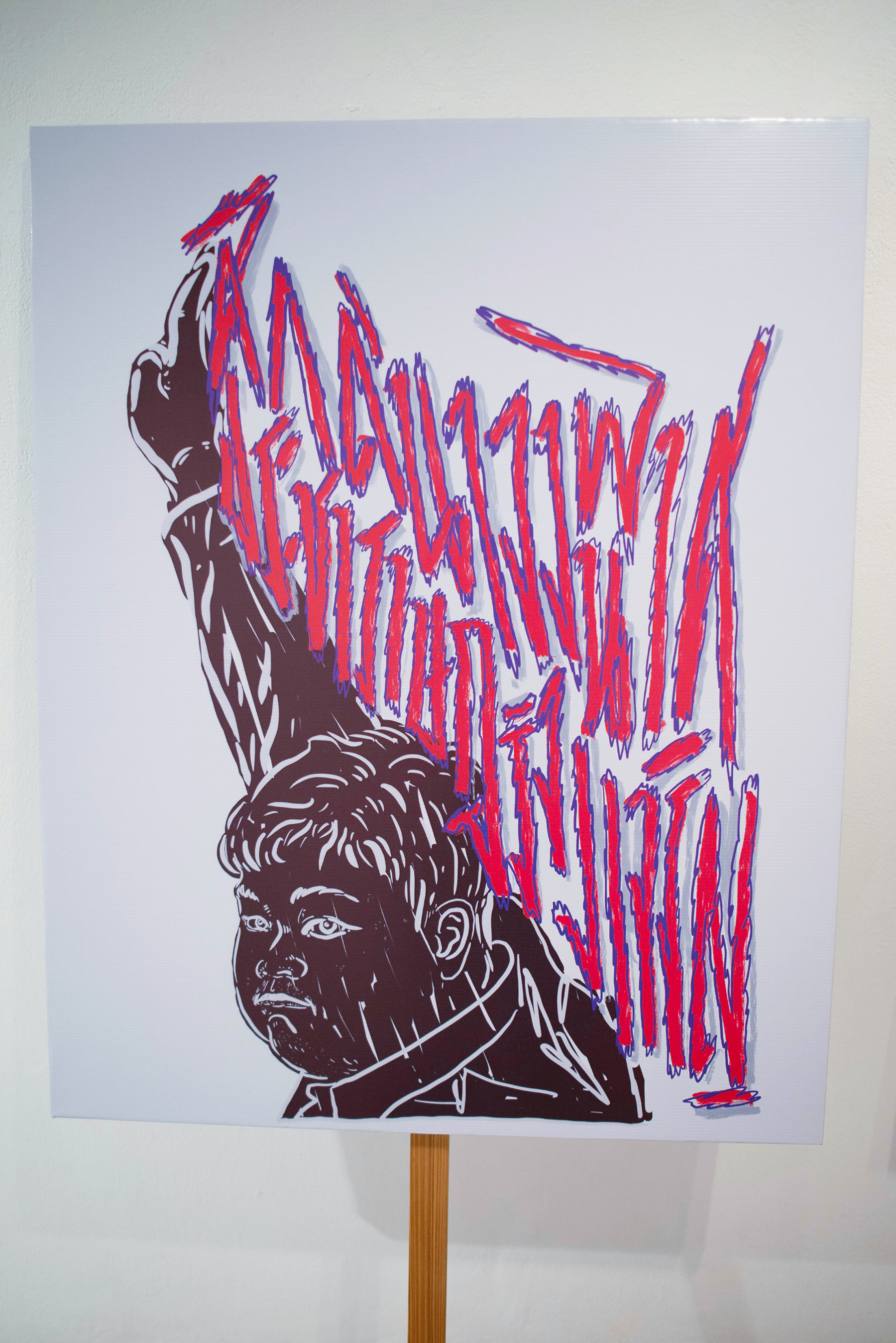 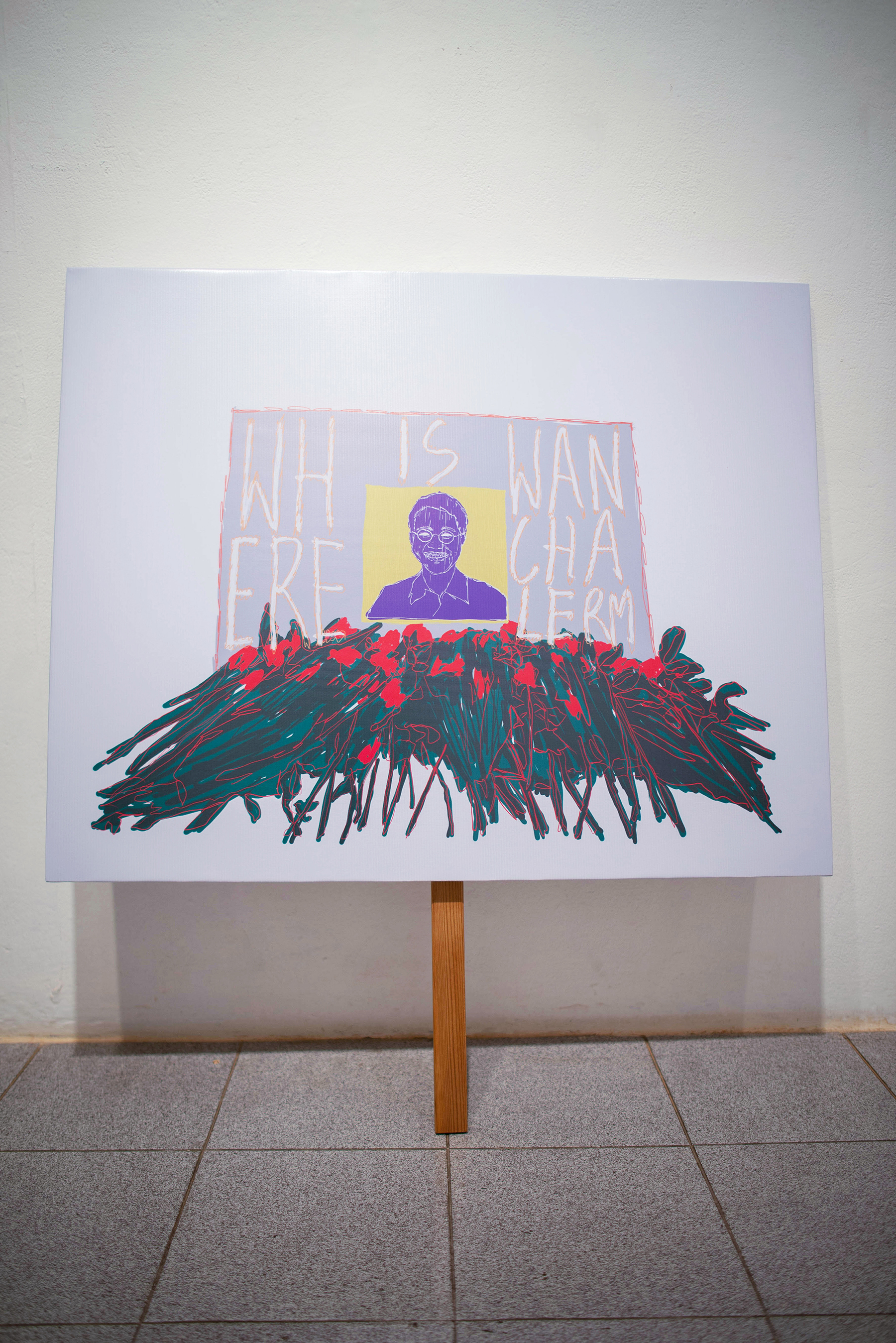 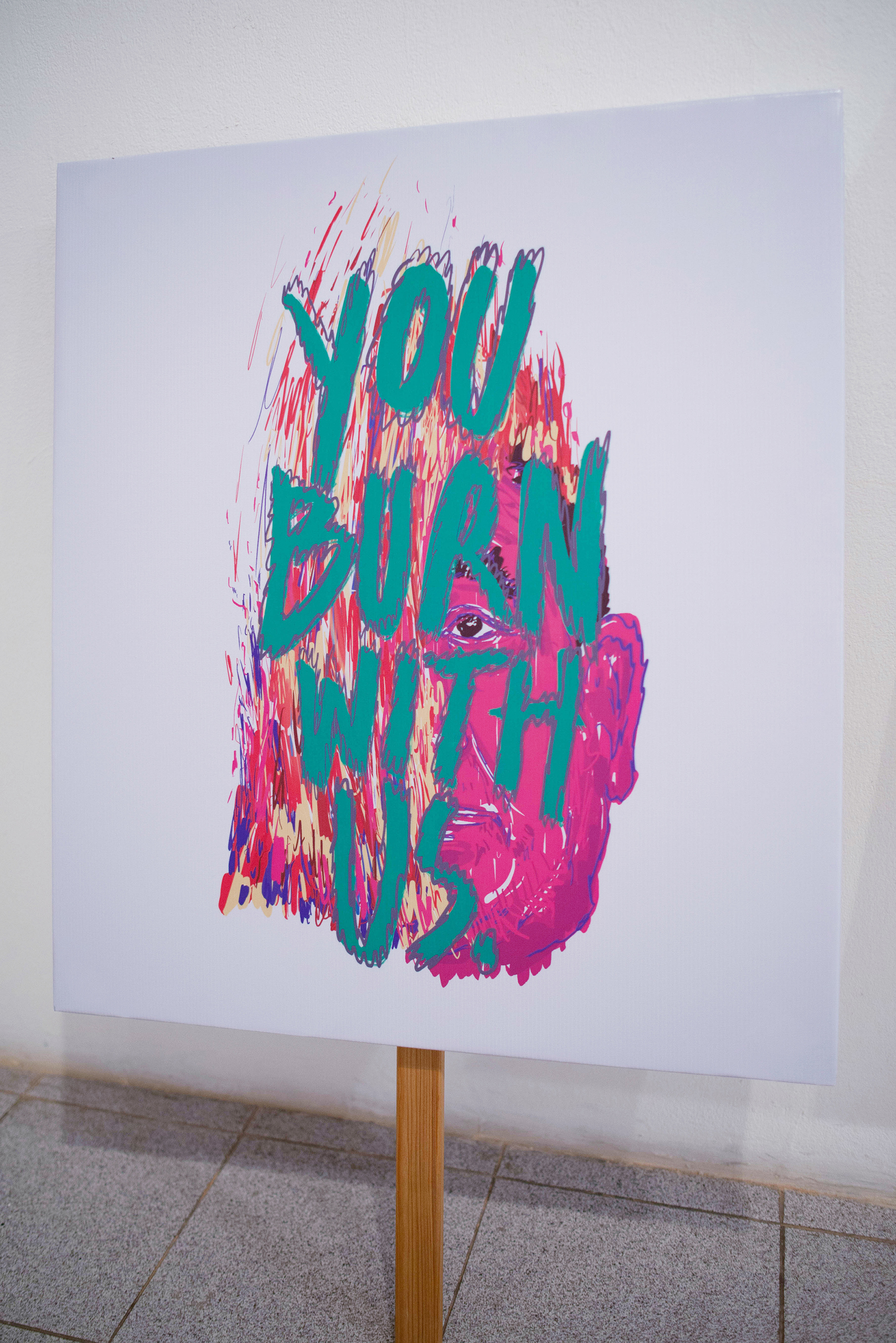 This country belong to the people

This country belong to the people

Old-fashioned repressive regimes are typically obsessed with regulating and micro-managing artistic expression, be they communist or fascist. In liberal democracies of various stripes, governments have long known that it benefits them to be seen as generous patrons of the arts, and to interfere as little as possible in the detail, not least because they have committed themselves to freedom of expression as one of the pillars on which their legitimacy rests.

Thailand, unfortunately, is firmly stuck in the 20th century, and fascism has been an enduring political force since a measure of democracy was introduced with the abolition of the absolute monarchy in 1932. The country’s dictators over the decades have always been to a greater or lesser extent fascists, from ‘Por’ Phibulsongkram to Thaksin Shinawatra to the current, military-enabled prime minister.

In the last century, they had it easy. By favouring certain ‘national artists’ and generally keeping education limited to rote-learning, they effectively stunted artistic development in Thailand, which resulted in a twee kind of official, often religiously inflected kitsch that avoided the excesses of Soviet or fascist realism but risked little or nothing.

In a global world, this has become less easy as artists grow more aware of developments in the wider world, and a more strident fascist or Stalinist climate of fear and oppression is employed by the increasingly authoritarian regime, with plainclothes goons, dawn raids, abductions and all the rest, to suppress not just open political dissent but anything that smells like it in the artistic field. Curators are being raided, musicians arrested.

The arrival of COVID-19 has proven that the atomising, disruption and community-destroying trends that existed before are exacerbated, and legitimised, by efforts to fight the pandemic, and that the powers-that-be are taking advantage of it to enact measures that enable them to advances their goals.

Many Thai students and young people have nonetheless come out to fight for the rights, liberty and equality of every person in Thailand. Their peaceful protests and desire for bold reforms pose painful questions for the older generation: whether it may not at long last be time to come out of their shells and express their political stance, even if that means jeopardising their career – or, conversely, whether resisting the tyranny of politics in contemporary art remains an honourable position.

‘What Lies Beneath’ is the first political art exhibition created by four Thai artists, born between 1973-1976, whose main profession is in academia and the civil service (in Thailand the two have never been entirely separate).

This exhibition of four sets of artworks created in 2018-2020 uses various media: drawing, graffiti, installation and painting. They explicitly address social and political issues in Thailand, from forced disappearances to the creeping climate of fear, from political speculation to the frustrations the artists themselves experience. The main objective of the exhibition is to rise above fear and display an artistic output with complex articulative processes in a distorted reality.

Art is a powerful tool for freedom and resisting power or to support power itself. However, in a society ruled by a dictatorship that doesn't care about the voices of others, the art of resistance is difficult to do freely, even the intention to resist is discredited by the corrupt authoritarian. Therefore, art in tyrannic society has never performed its function perfectly. It can only make noise in the cracks of its smallest freedom. Sometimes, the threat is so terrifying hiding any political attitudes is a must or even outright escape becomes neccessary.

Fear is an interesting issue for art creation in the current, unusual Thai political context (2020). Fear has shaped the half-communicative characteristics of artworks that criticize and oppose the state power, politics, and political institutions. As our freedoms are monitored by the state, artists have constructed identities that are incompatible with their original, true nature that cannot address political issues directly. The reason behind this stealth is that the right to speak is limited, and may impact their employment or the individuals around them, who could put them in danger to the injustice of the powers that be.

However, such fear is not a total fear that completely suppresses artistic communication from those who work under the supervision of the government. Living as a government official has created an interesting state of art practice.

But this condition does not stop them from expressing a message to resist the justice of the state. An artistic operation in such a small place might create such a huge impact that it brings about change.

The solution turns out to be interesting — with an artistic practice that plays with the avoidance of direct power struggle, with an ongoing thought process that does not execute the confrontational message directly. This oblique distortion is what the state gives to society and which, in turn artists give back to the state and society.