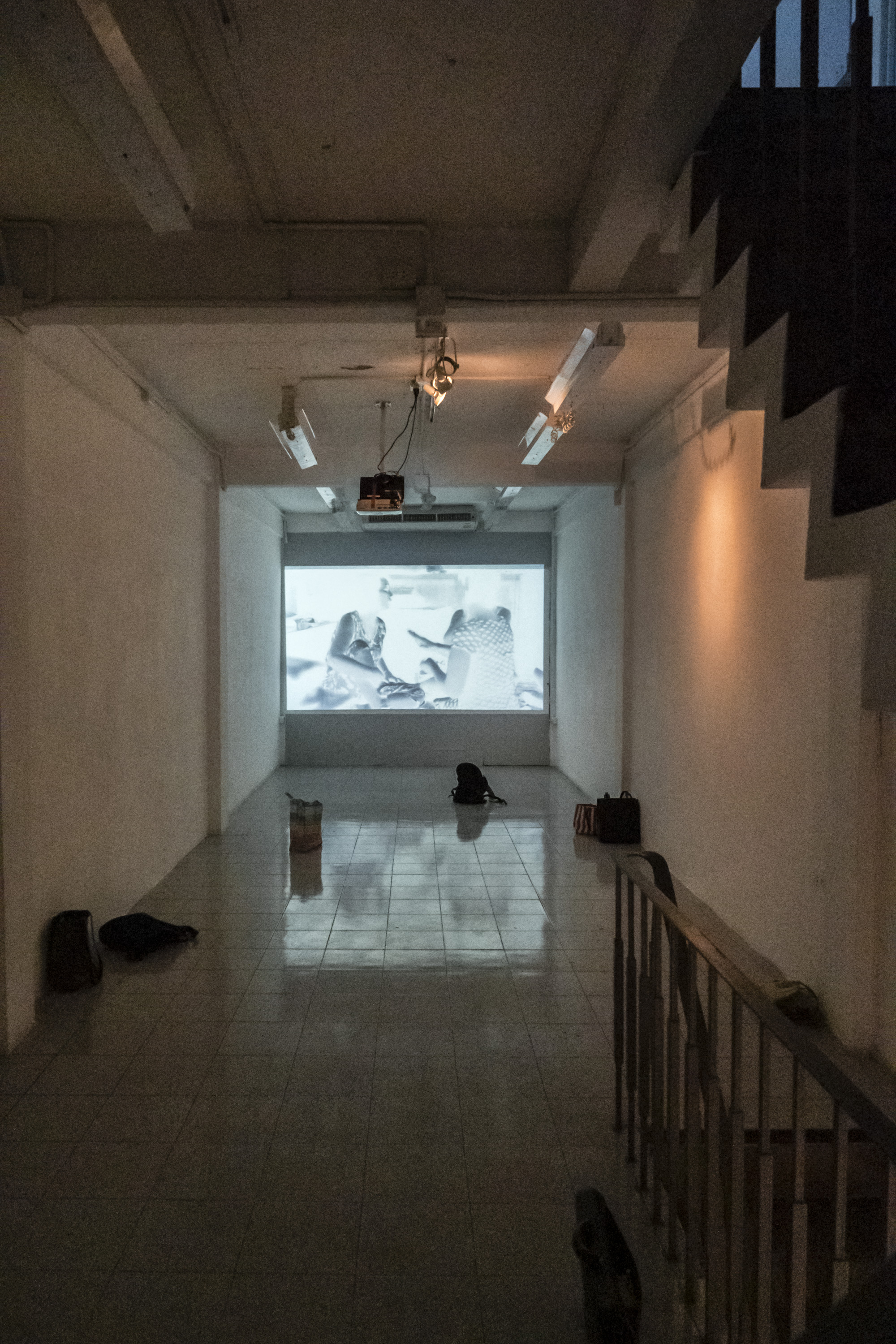 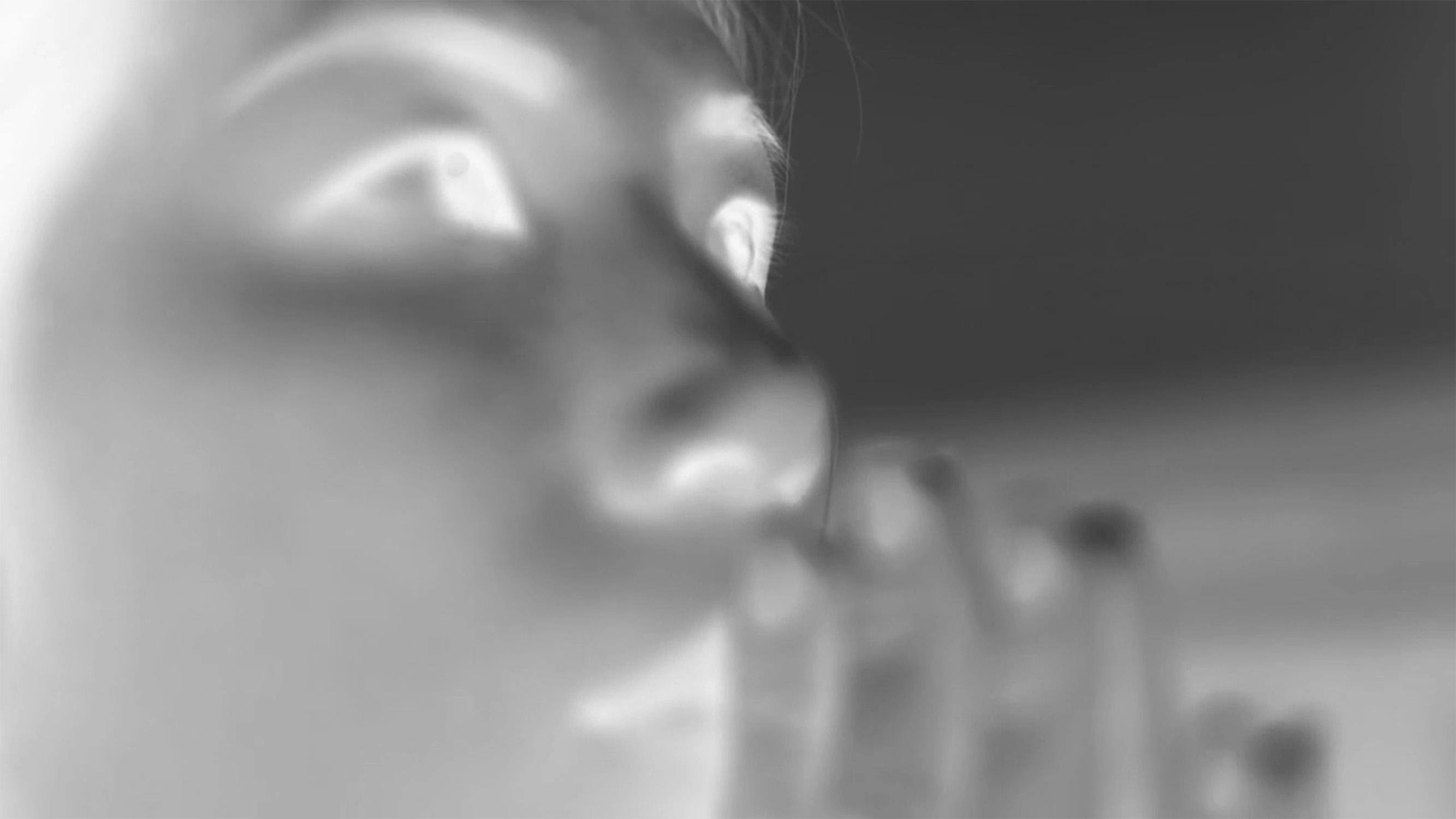 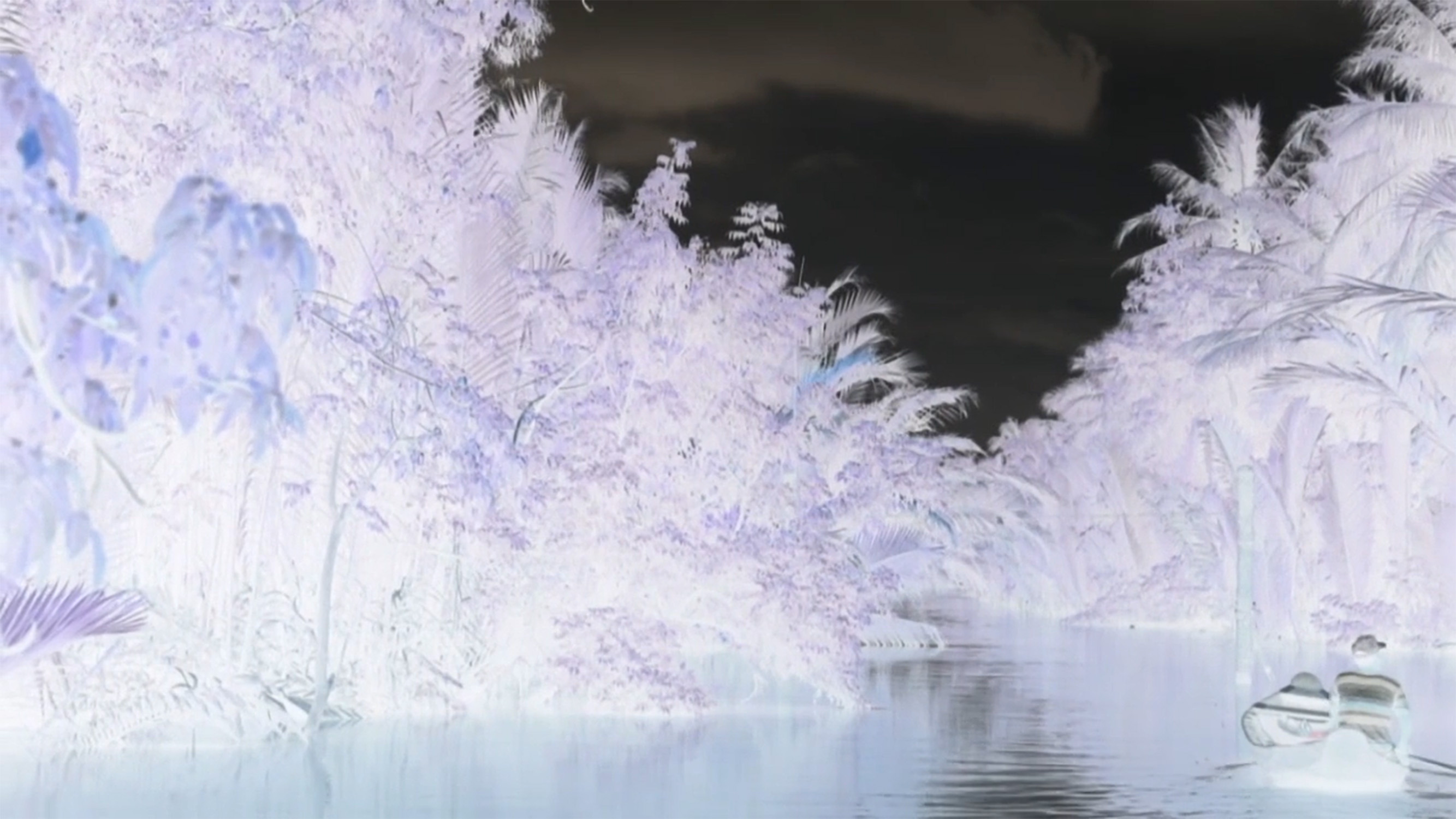 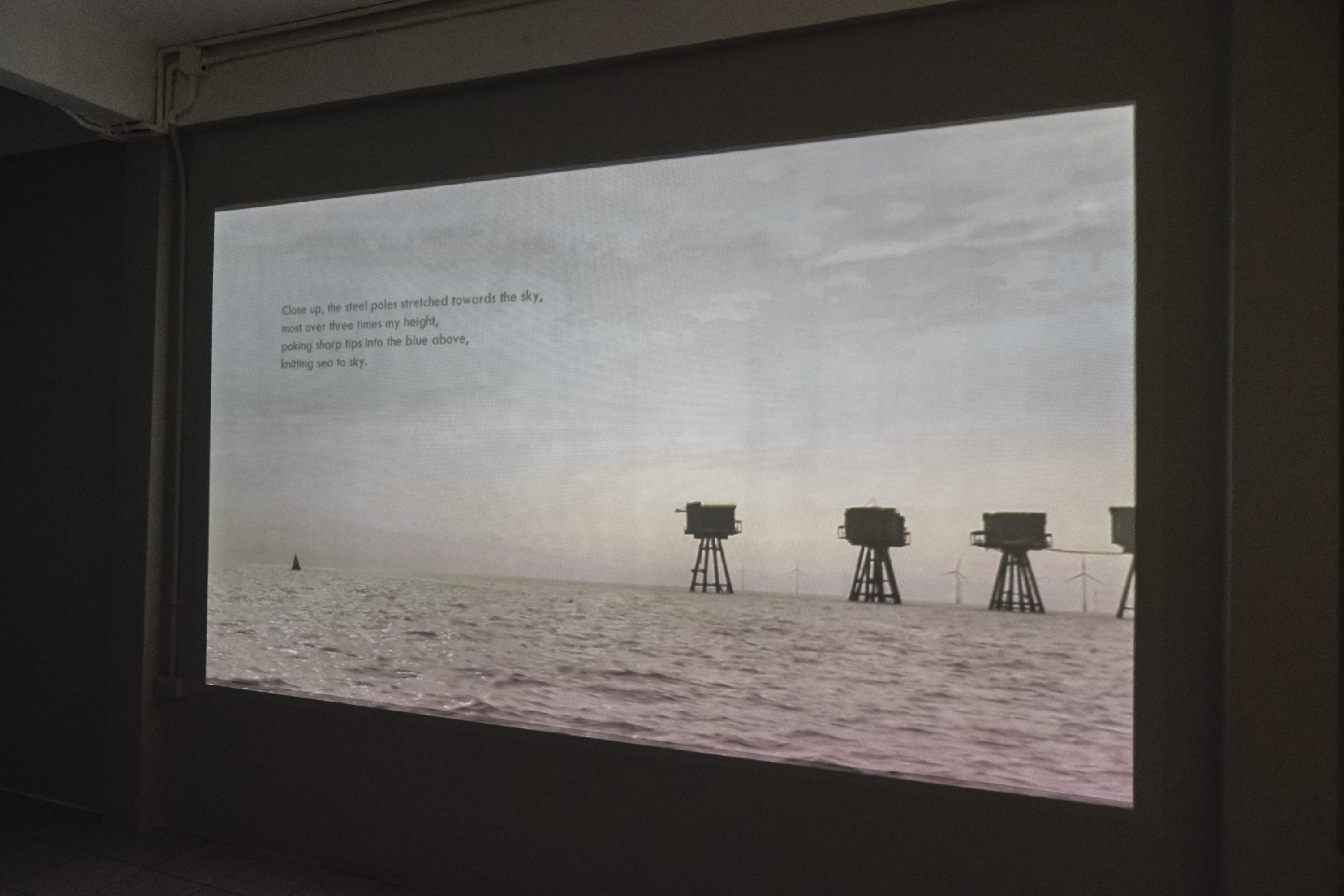 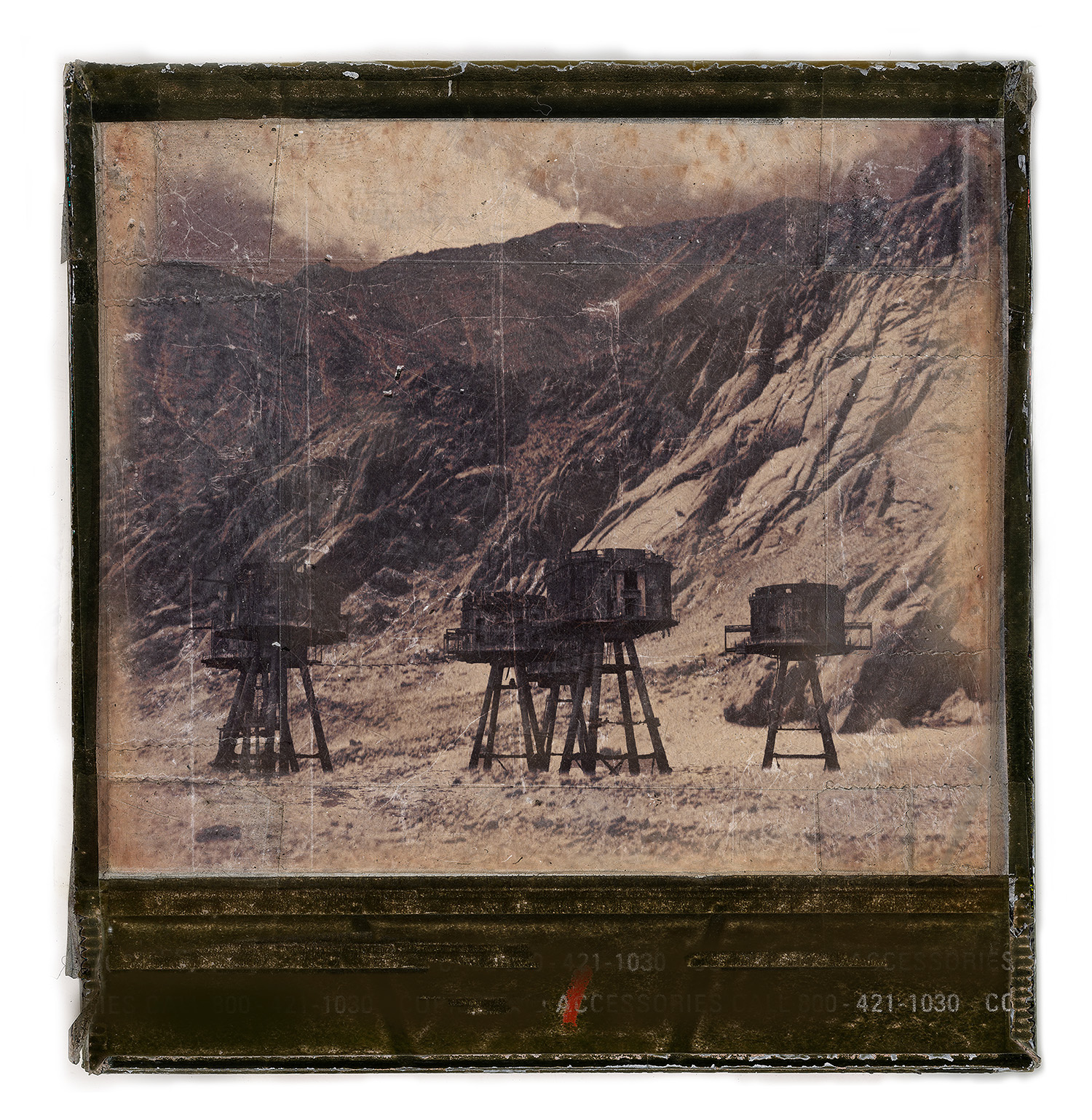 Entry 1 from the series FIELD NOTES

Entry 1 from the series FIELD NOTES 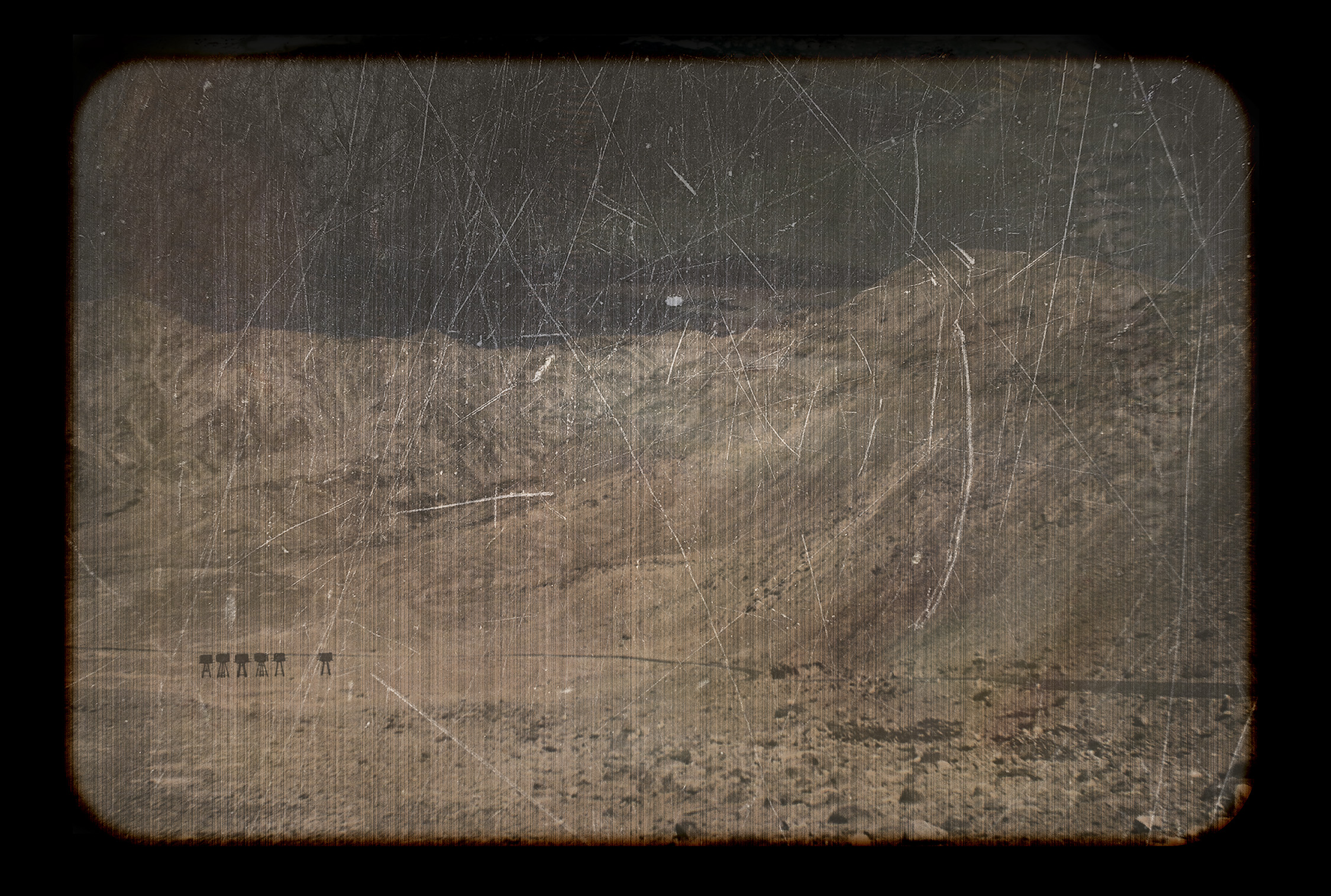 Entry 2 from the series FIELD NOTES

Entry 2 from the series FIELD NOTES 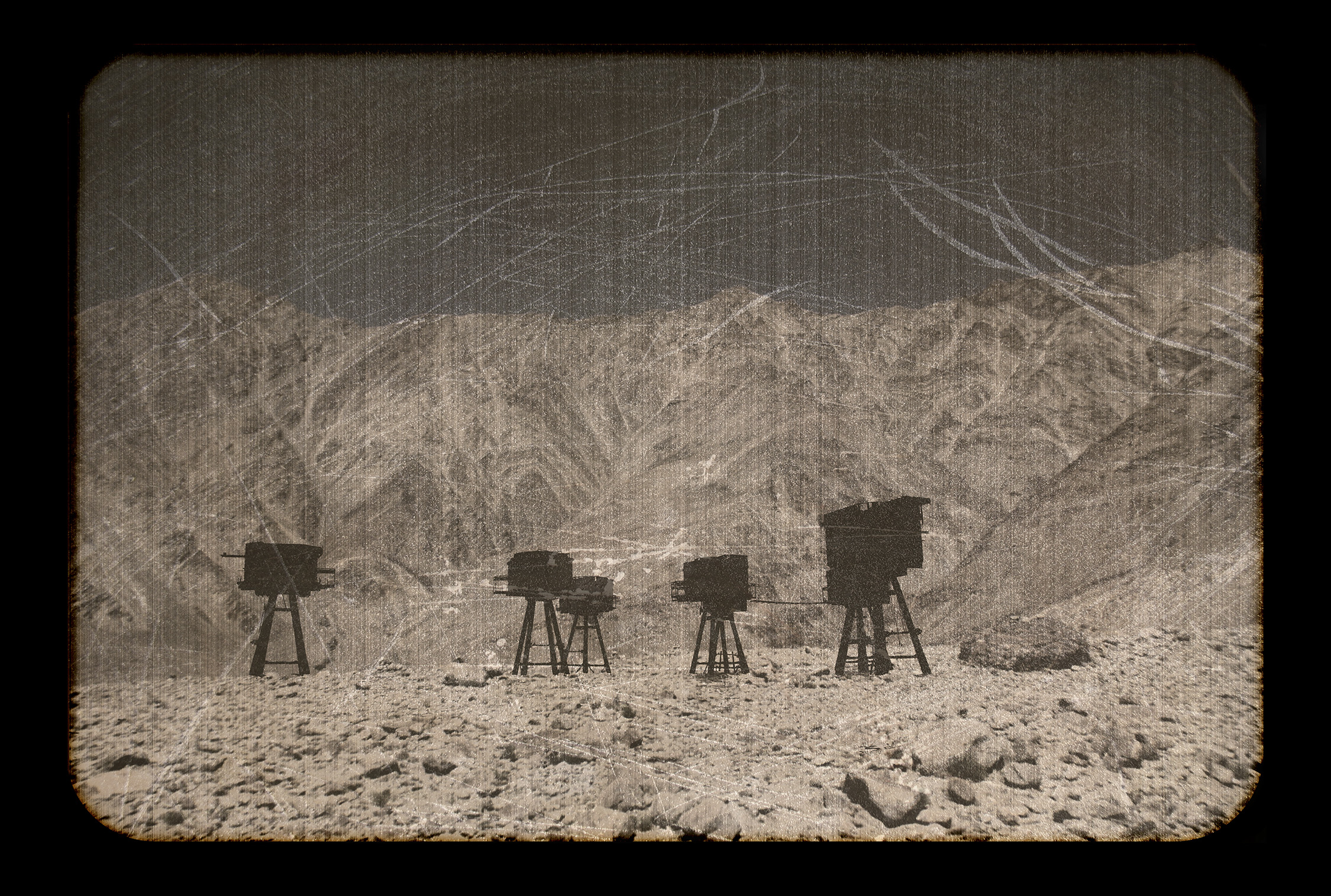 Entry 3(a) from the series FIELD NOTES

Entry 3(a) from the series FIELD NOTES

Entry 3(b) from the series FIELD NOTES

Entry 3(b) from the series FIELD NOTES 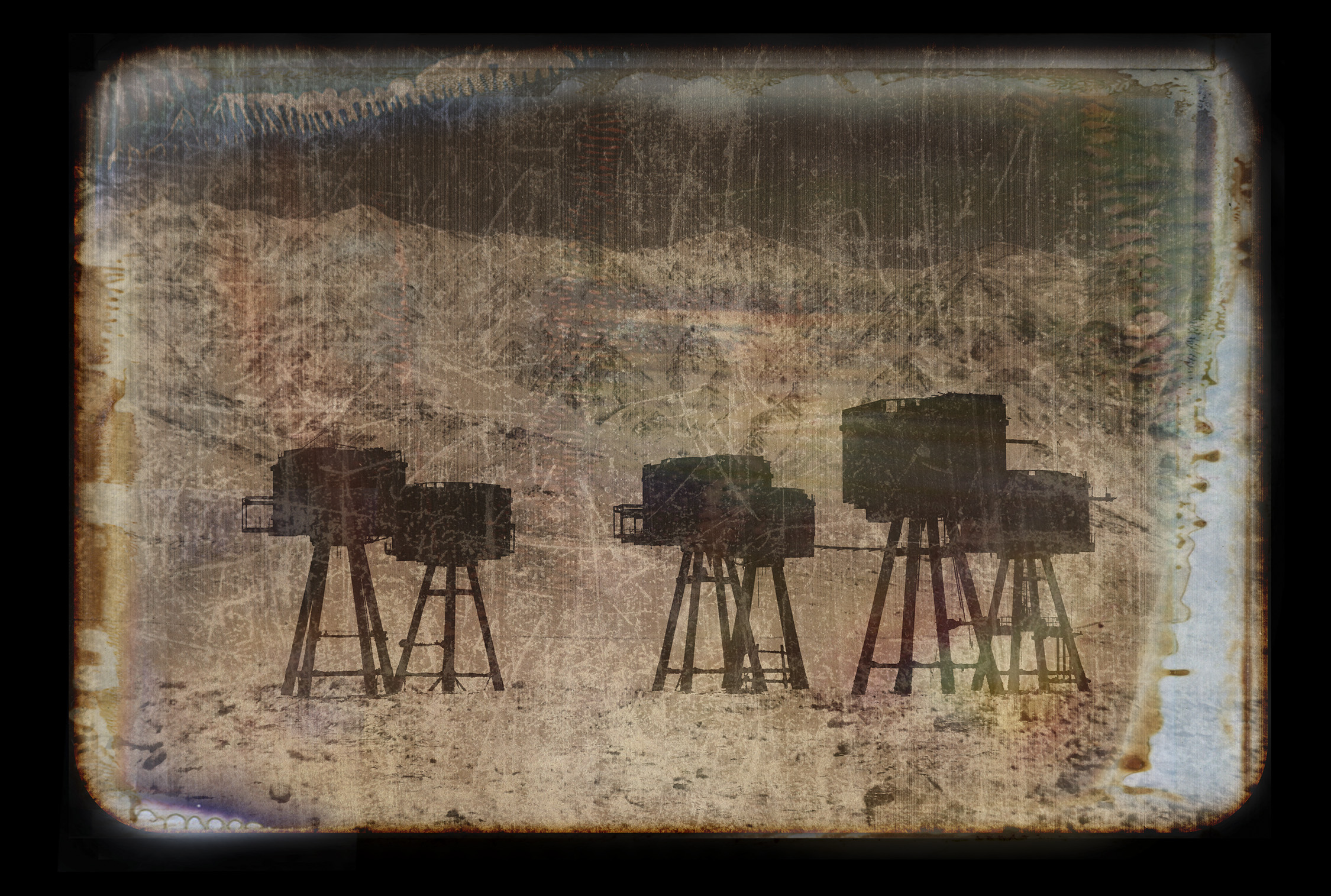 “With its finger on every mode of living in the contemporary today, the Cold War and the infrastructure that it had established, thus, lives on as a spectral force, constituting us structurally, perceptually, materially and conceptually. As a ghost, the Cold War thrives, out of place, and out of joint, between life and death, between human and non-human scales, between machines and their revamped counterparts.”
- The Forest Curriculum, Media Ghostings: Three And A Half Hauntings of the Vietnam War(2019), ACT Journal #77

‘The Ghost War’ brings together video, print and sound works by Rohini Devasher and Sung Tieu. How have the infrastructures of war in the 20th Century produced the contours of the worlds we inhabit today? And how do these layered histories of war continue to haunt geographies and landscapes? The show engages with the particular position of Thailand in Southeast Asia, particularly during the Cold War, and the pivotal role it played during the American War in Vietnam.

The ruins of the Ramasun American military base near Udon Thani, becomes a potent point of departure for this exhibition. During the war, Ramasun served as the base of many of the United States’ intelligence operation, as well as the PSYOPS, a wing dedicated to tactics of psychological warfare. One of the PSYOPS’s most fascinating operations was called ‘Operation Wandering Soul’. In traditional Vietnamese belief, if a body is improperly buried, the soul wanders the earth forever. Taking off from this, PSYOPS composed a soundtrack designed to be blasted into the forests which the Viet Cong inhabited, by soldiers with speakers mounted in backpacks; the content of this track consisted of traditional chants, sounds of ghosts, overlaying a conversation between the ‘wandering soul’ of a dead Viet Cong soldier, discouraging his family from joining the resistance against American imperialism.

Responding to this, Sung Tieu presents ‘Song for Unattended Items’, an 11-channel sound installation where she appropriates this form that was used as a weapon against the Vietnamese resistance and recomposes her own paean to these histories of violence. Using a series of bags borrowed for the duration of the exhibition, each singing a different song, she layers archival and found sounds to produce a haunting environment, that performs a transposition of landscapes.

Delving further into these histories, the video work ‘No Gods, No Masters’ uses archival sounds from the original Ghost Tape No. 10, and juxtaposes this with footage from forests where napalm was used during the war, to clear the space for the invading US forces. The forest itself thus became as much of an enemy of the American army as the Viet Cong, and they constantly attempted to surround, contain or control its densities. The forest thus bears the memories of this violence, its vegetation and the forms of life that inhabit it, forever marred by napalm’s corrosive presence. Tieu then draws us into the intimate space of mourning, where members of her family sit in a circle and chant and perform rituals of remembrance. By bringing these layered spaces into contact, she explores the many afterlives of war, existing as physical trace, as cultural artifact, as official narrative, and traces their entanglements.

Moving off the land, and into the territories of Deep Time, Rohini Devasher’s ‘Shivering Sands’ is structured around a journey to a number of Maunsell forts off the southern coast of the UK. Built during Second World War, these forts were meant to act as anti-aircraft defense systems; they now stand in the middle of the sea as almost-forgotten sentinels, their strange forms rising out of the water. She interjects passages from an essay by Laura Raicovich about Walter de Maria’s ‘Lightning Fields’ that she cuts up and rearranges and inserts into the floating video. Water de Maria’s work was a seminal piece of Land Art, where hundreds of steel rods were planted in a desert landscape of New Mexico, in an area with high thunderstorm activity. Raicovich writes how the work “stitches the earth and sky together”, reshaping the relationship between man and landscape. Devasher’s weaving together of these two histories, both significant moments of a masculinist reshaping of terrains in the 20th Century, allow us to think about monumentality and the afterlives of forms and the significance of scale in human action. The video produces a sensation of being outside of time, and indeed beyond the time of human existence, where histories collapse into each other. It seems to imagine a deserted planet, destroyed by human activities such as war or man-made climate change renders us extinct, and all that is left are unintentional monuments that stand quietly guard.

Devasher de-territorializes landscape, unmooring it and setting in motion. Landscapes, thus, are no longer static, and instead begin to roam. In the accompanying series of prints entitled ‘Field Notes’, the Maunsell forts begin to wander the earth, like AT-AT Walkers from Star Wars. Presented as a series of archival prints, they appear as both artifact and fiction, presenting impossible histories and precarious futures

‘The Ghost War’ presents a speculative journey that attempts to come to terms with not only histories of violence, but also their continuation into presents and futures. These ghosts are insidious, shaping and infiltrating narratives, but remaining largely invisible. The works presented here provide a framework from which to unravel these relationships and imagine a politics otherwise.