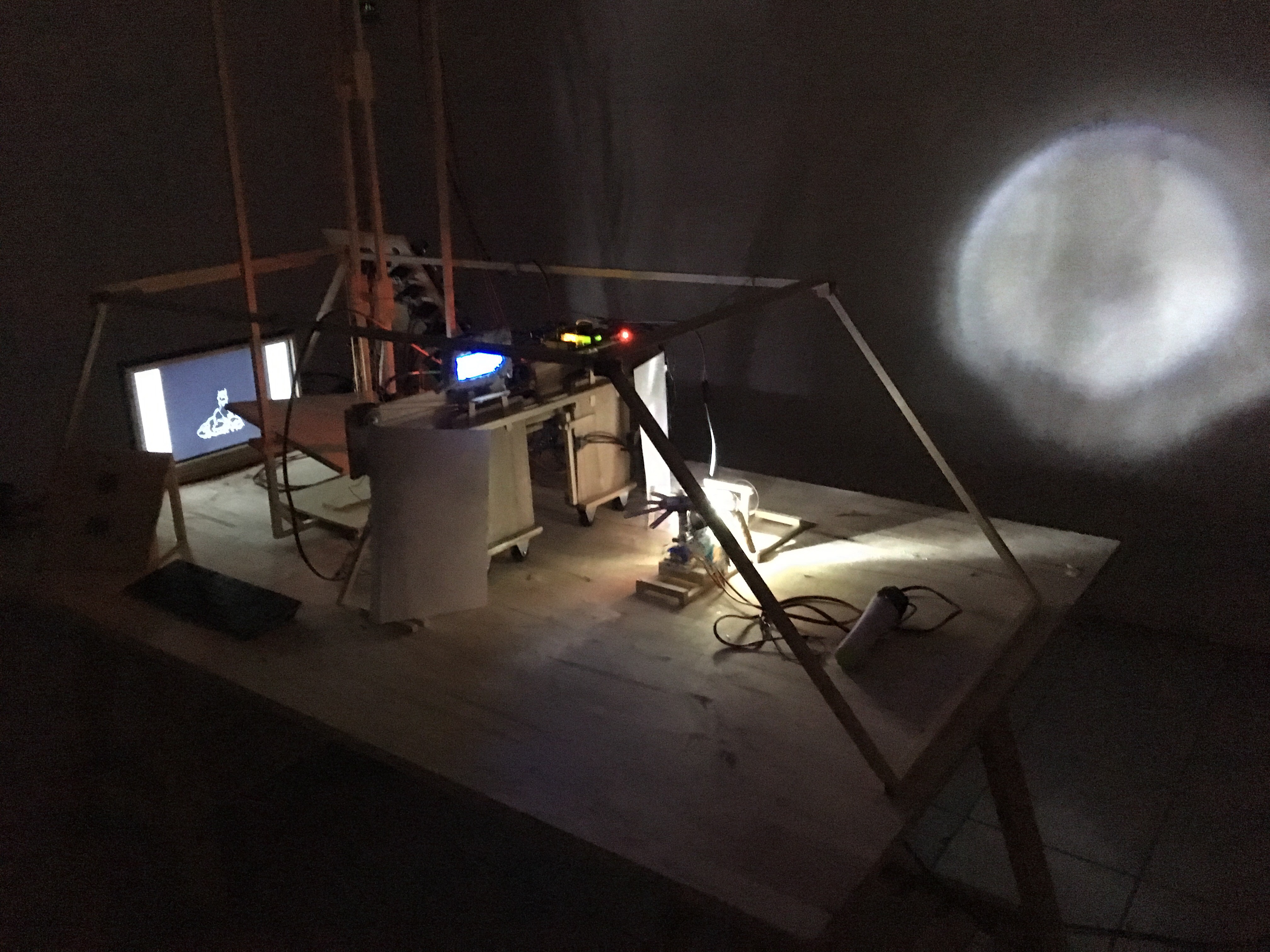 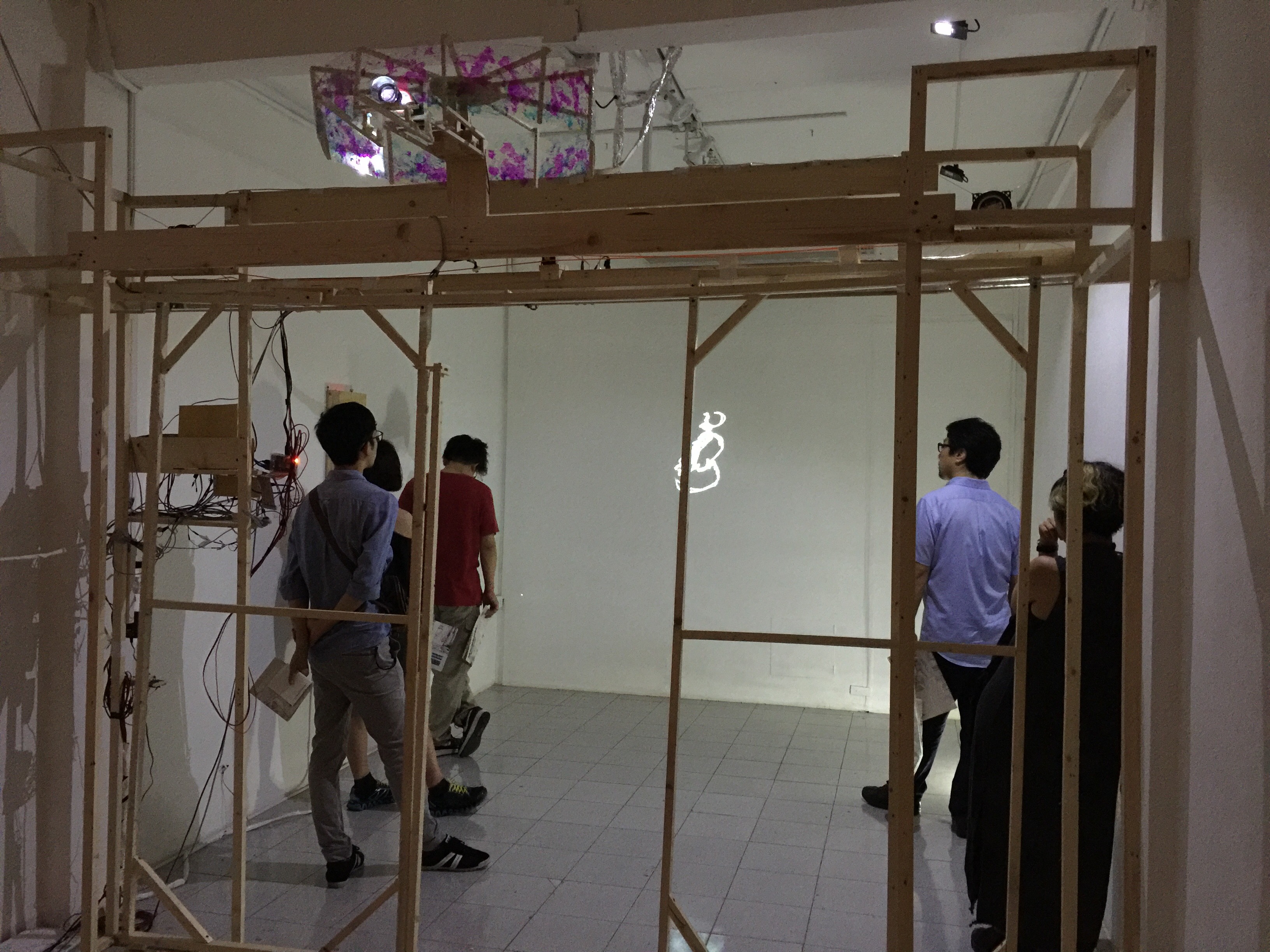 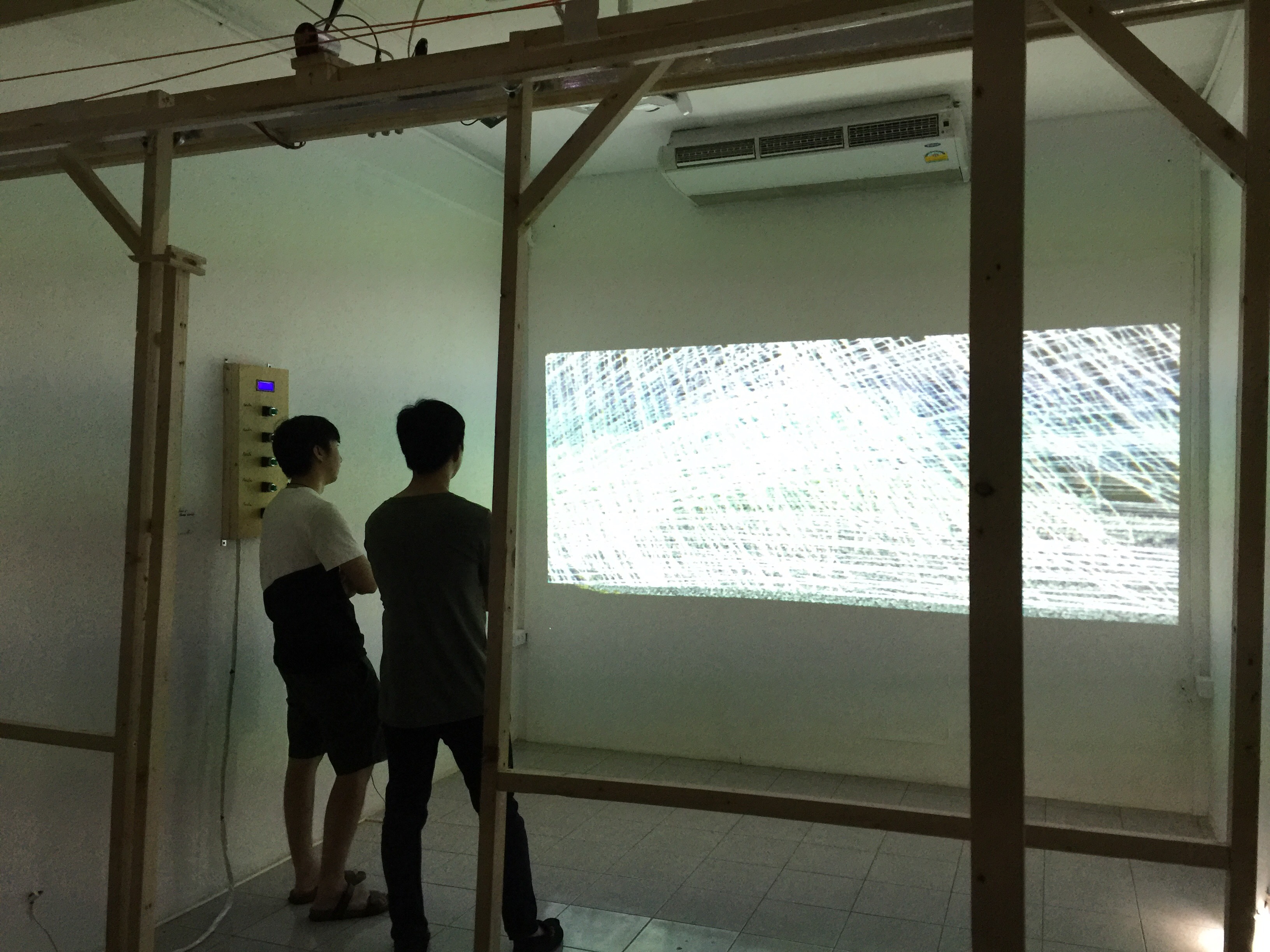 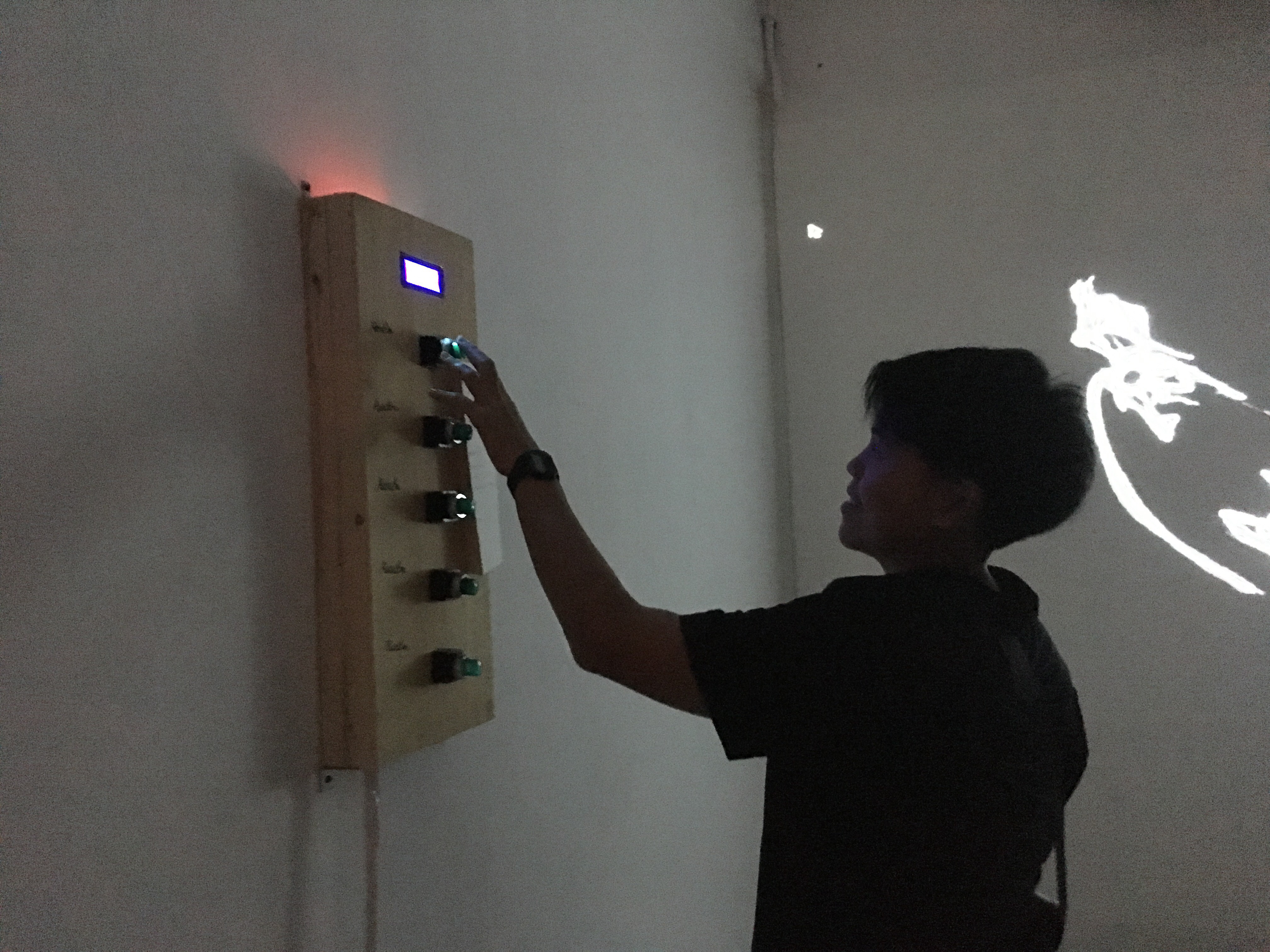 Shinya Akutagawa has created an elevator as a ‘non-place’ (‘Utopia’ in Greek language) with Trai Phum (Three Worlds in Thai language) as ‘Exceptional Places’ (out of modernity) as an interactive installation. His work raises the question—how can we see culture, from which perspective should the arts be shown regardless of the nationality?
‍
The installation presents non-places (elevator, hyper-modernity or utopia) where the audience is expected to see exceptional places (the idea of Trai Phum) from the non-places.

Three Worlds of King Ruang (Trai Phum) written in 14th century is the first truly literary work by a Thai author. It is considered essential for considering the identity and culture of Thailand. While the conception of ‘world’ within the book doesn’t correspond to modern science, its philosophy will amaze contemporary thinkers. Similar to meditation practitioners who reach the stage of ‘all perception and non-perception’ or ‘nothingness,’ there is still a realm above and beyond this that cannot be described because those who reach Nibbhna do not return to tell us.

Modern cartography gave shape to Thailand since the 15th century, influencing not only geography but also Thai people’s identity as a nation state. Yet this geography of modernity still could not swallow and digest the mysteries of ancient maps of Ayutthaya showing the mythical Golden mountain, Trai Phum.

The Elevator is one of the symbols of hyper-modernity located everywhere. In urban life, its function ‘must’ be perfect. As functionality is the ultimate requirement for the urban condition, there is no cultural aspect if an elevator is out of order or operates in a unique manner. However, if an audience is on a ‘symbolic’ elevator, it can be a device for rethinking contemporary society. Inside an elevator is a homogenized ‘non-place’ where one spends significant time regardless of social status. At the same time, on the elevator, passengers who must have their respective ‘culture’ stay with others temporarily, all of them deprived of their cultural identity.

The exhibition is made possible by The Japan Foundation Bangkok