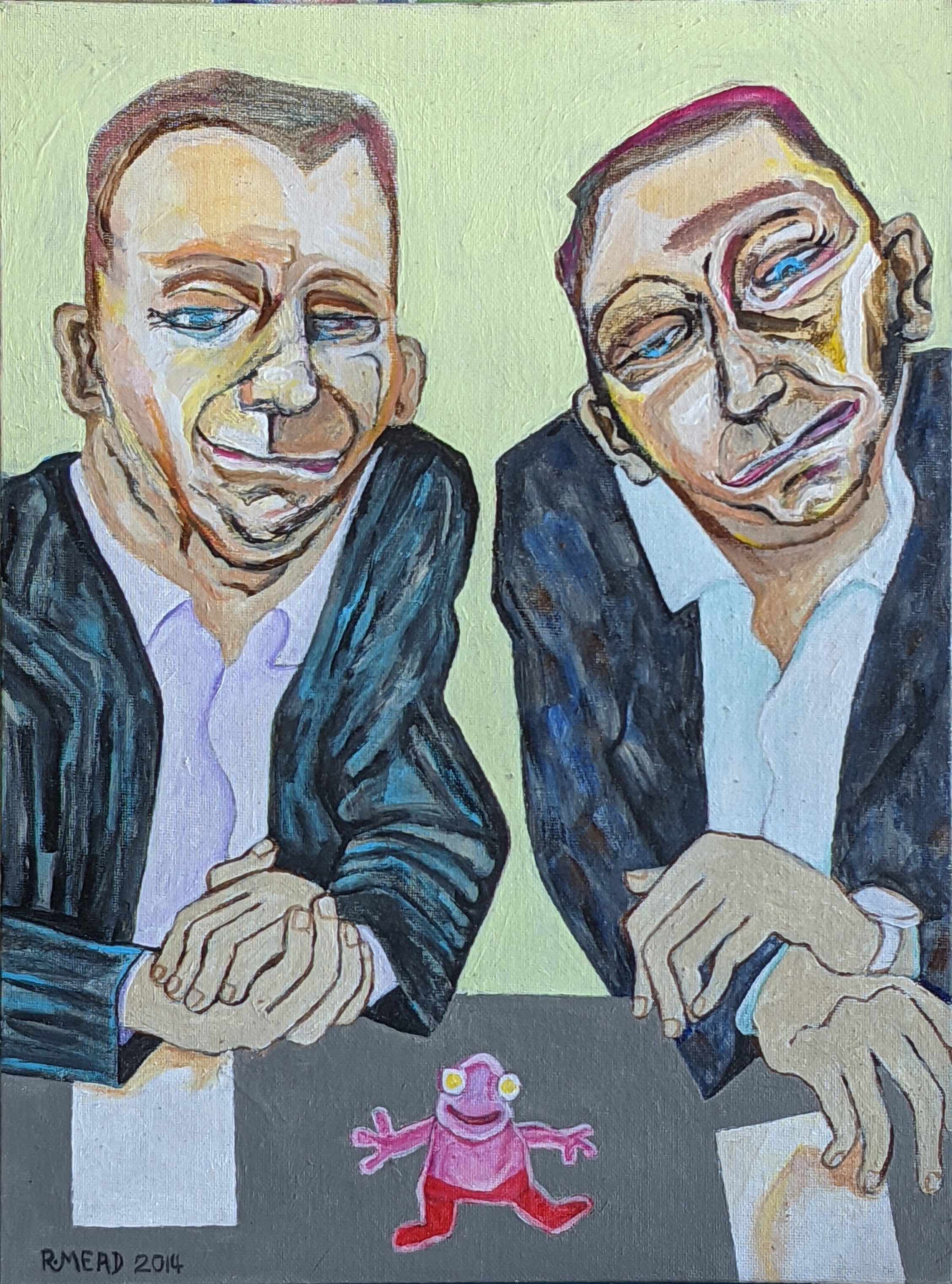 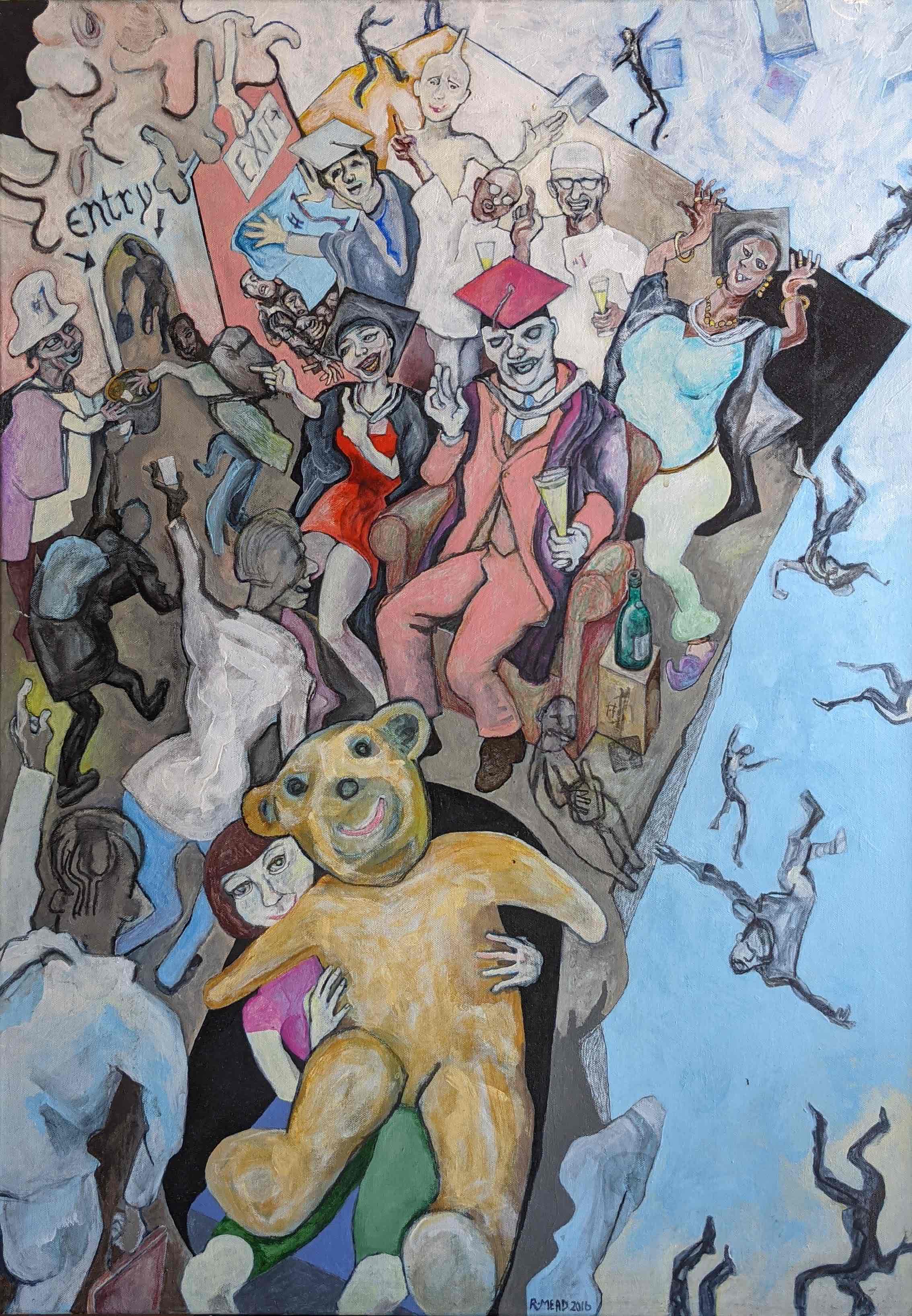 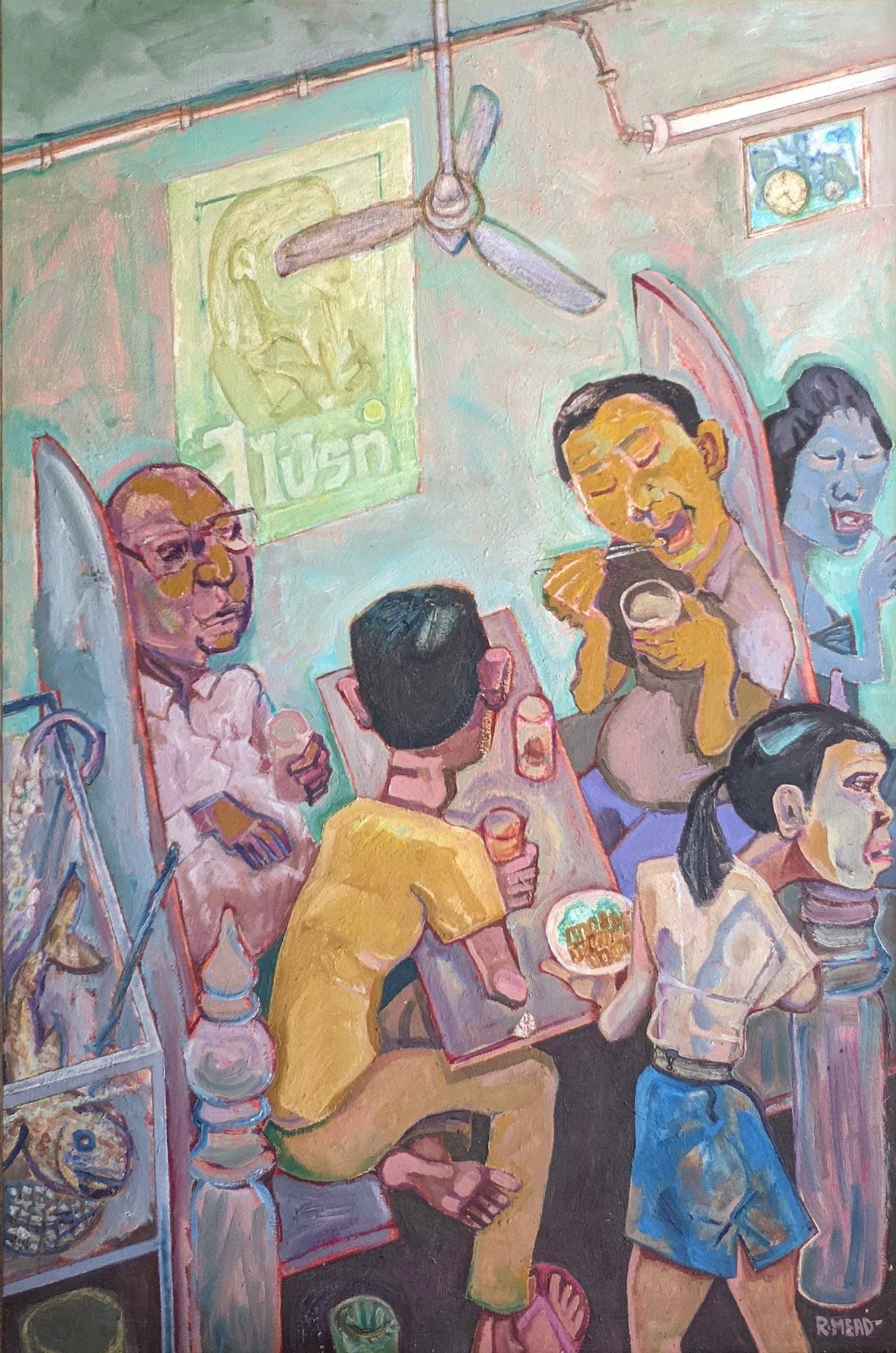 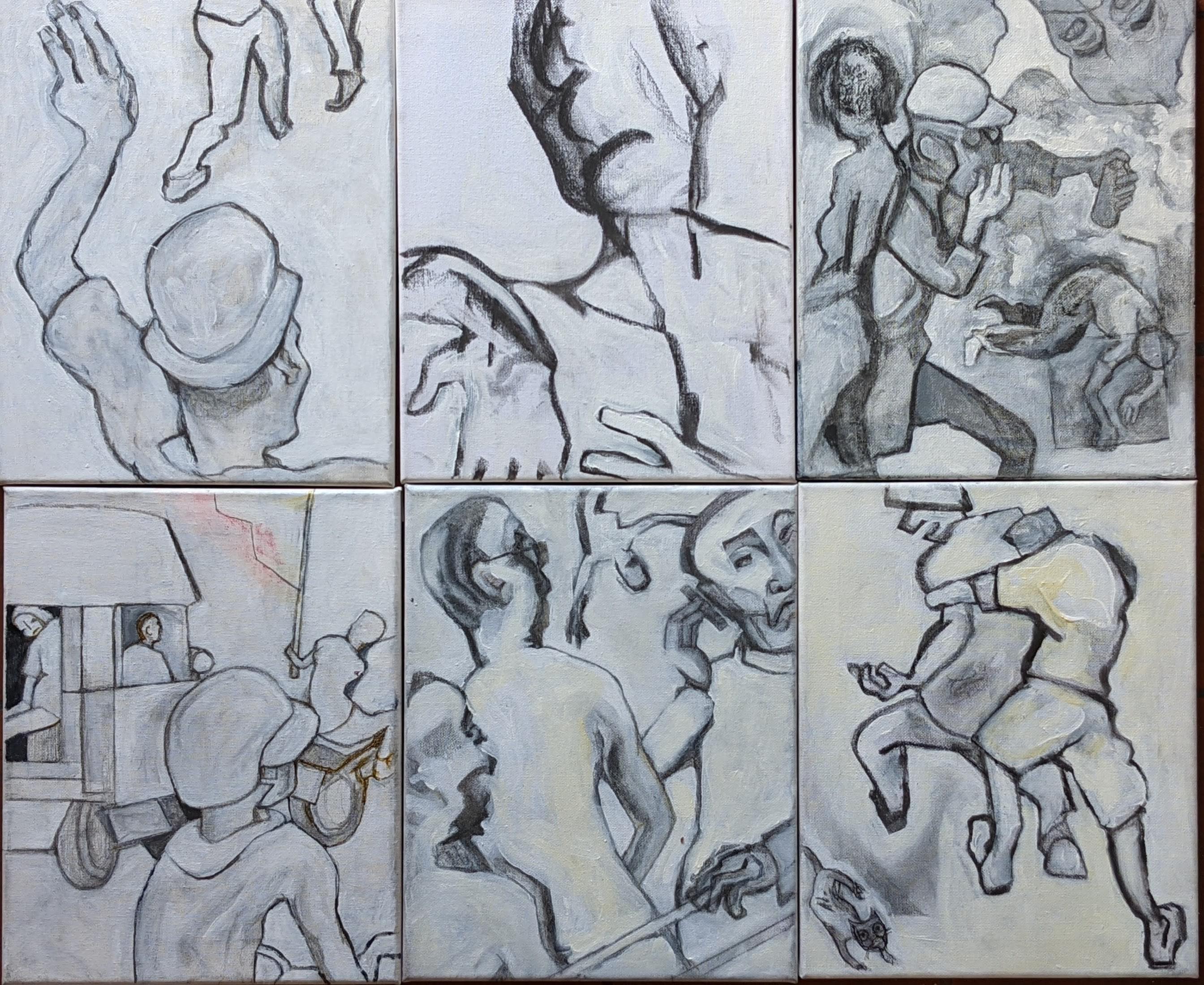 After teaching, working as a theatre designer, writing novels, plays and textbooks, Richard Mead taught himself to paint. The exhibition reveals the importance he attaches to the human expressions and figures in close-up. They reflect not only his personal observations through media and magazines but also his ongoing conversation with his wife, a former lecturer in political science at Chulalongkorn University.

Yet ultimately the faces and figures at the core of his compositions reflect a starkly existentialist rather than political view of the individual and groups, and generate energy through the illusion of movement. His curiosity focuses on why people act as they do in crowds, not least in the recent upheavals. Last year, he started working on small canvases in black and white that form the series “Mob”.

The exhibition comprised of over 40 paintings in multiple sizes. They are above all extraordinarily expressive portraits and scenes of human interaction that seek to capture the mystery of life and reducing reality to its essence.

Richard Mead was born in the United Kingdom and has taught, lectured, researched, worked as a theatre designer, written novels, plays and several textbooks through a peripatetic life across some 30 countries. He has explored a board range of political views and stood for parliament in the UK in 1997.

Back in Thailand his productivity was interrupted by brain disease in 2012, but on emerging from hospital he resumed painting of new subject matter with a new intensity.

Richard Mead has been making paintings of life for over 40 years. He has now retired from academic teaching and is based in Bangkok. He is married to Kullada Kesboonchoo Mead and they have a son. His works “THE RESPECTABLES” have been exhibited at Nelson Hays Library (2016) and 'SCENES' at RMA Institute in 2014.