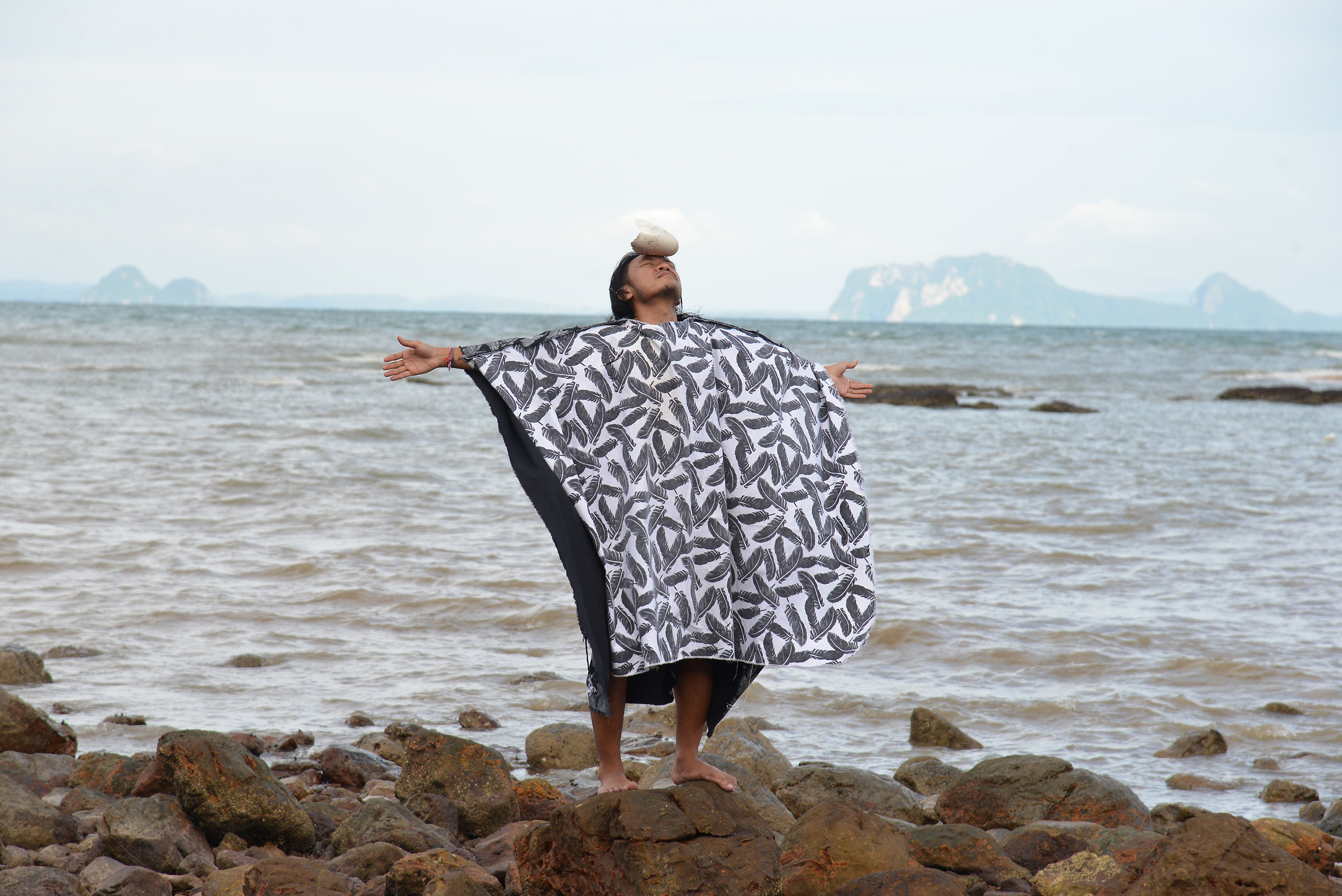 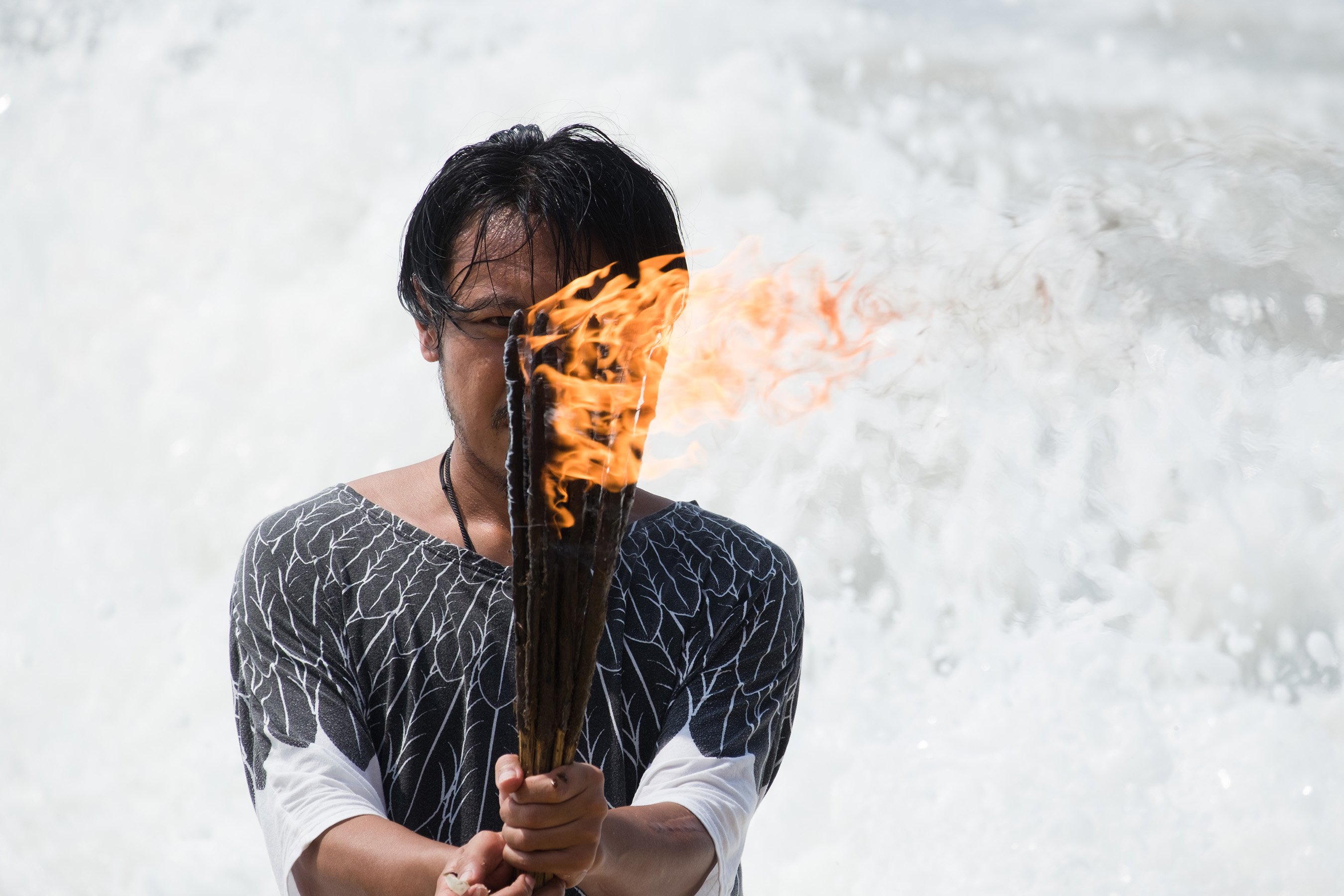 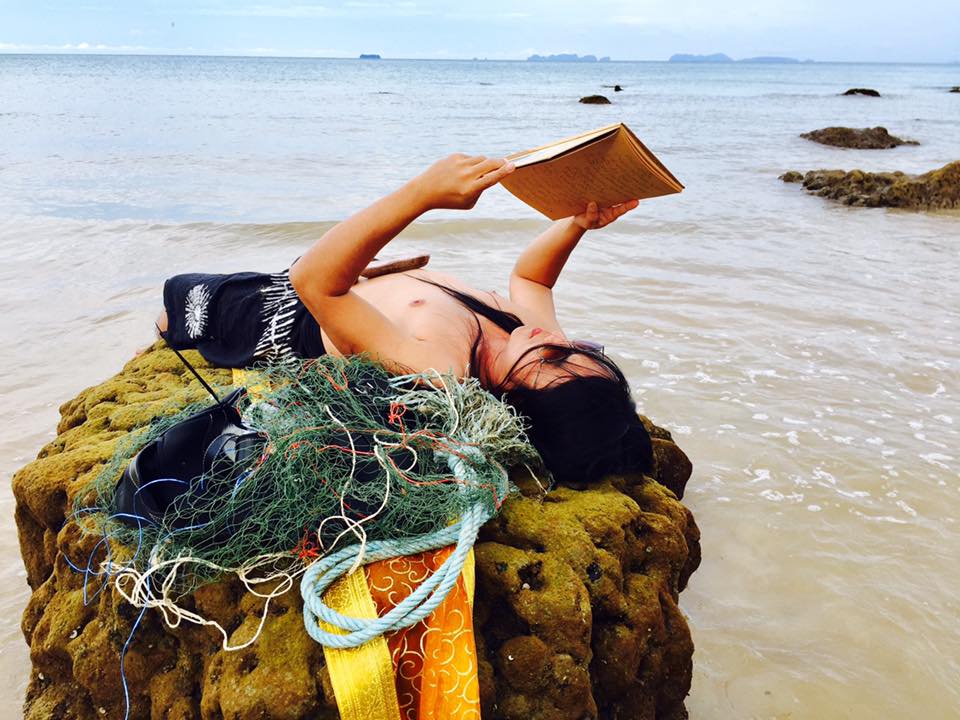 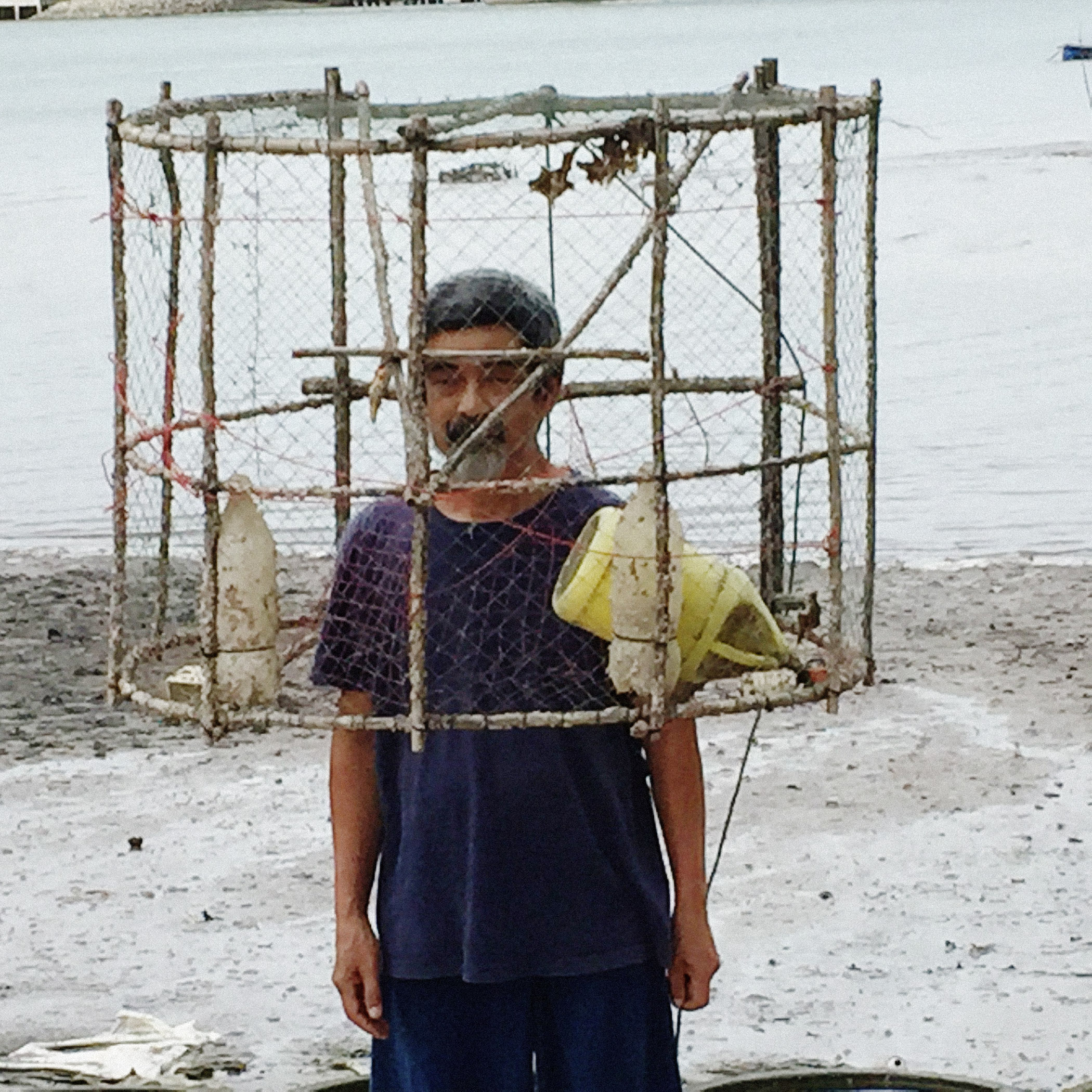 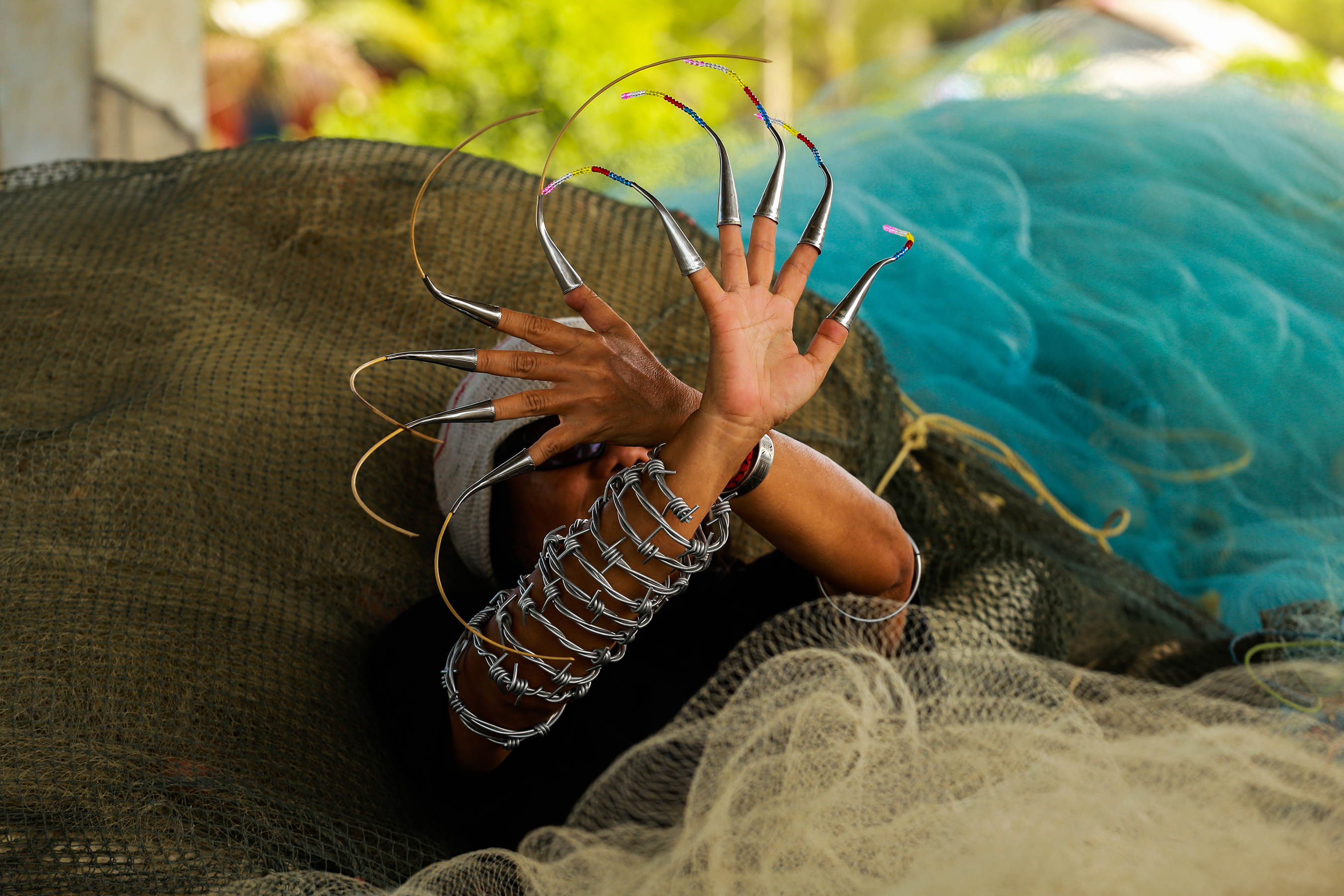 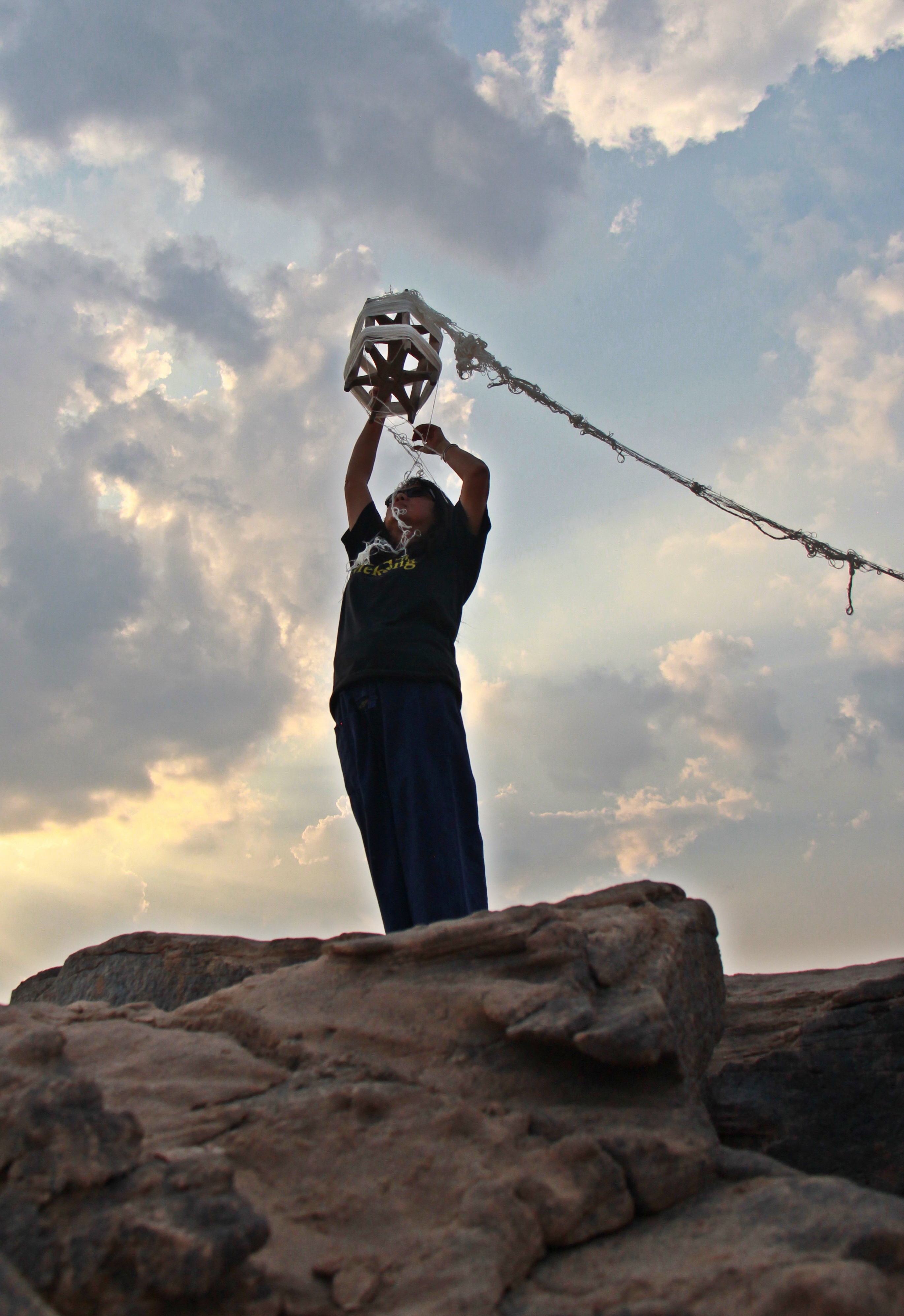 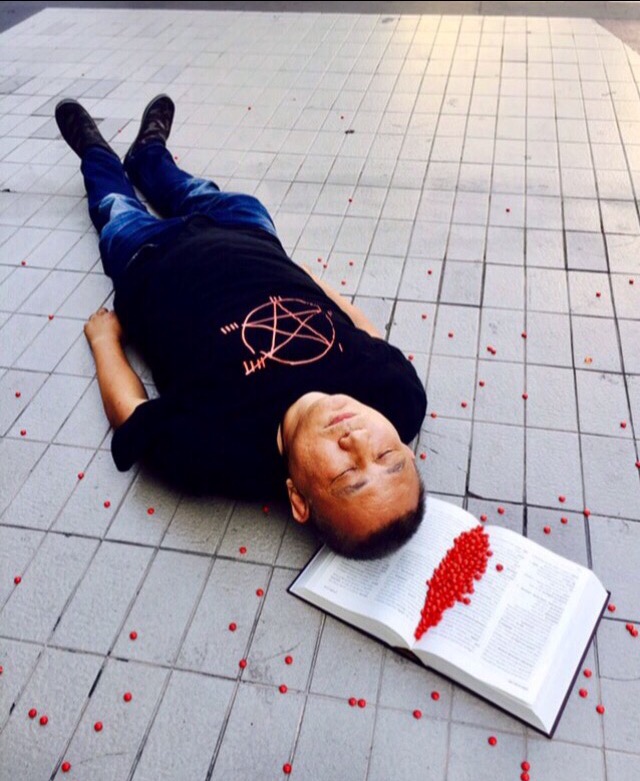 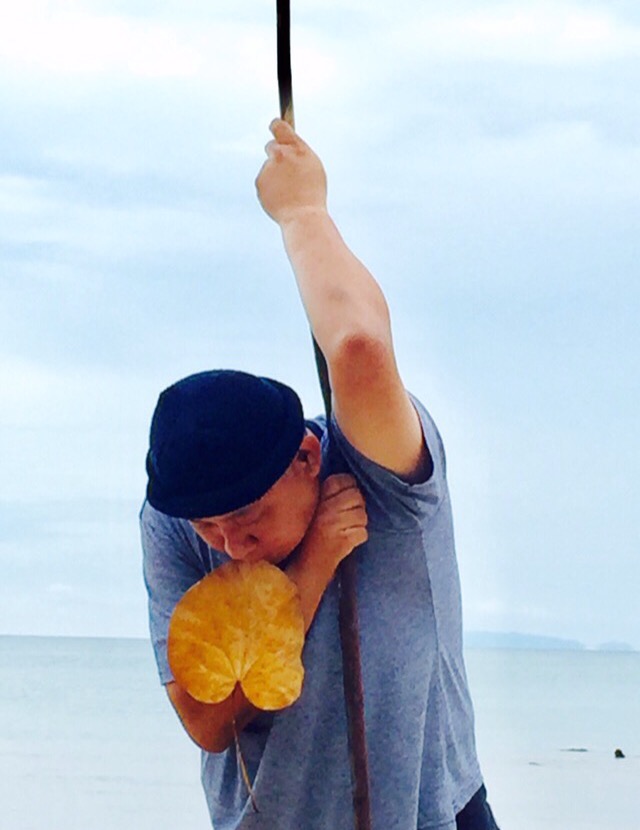 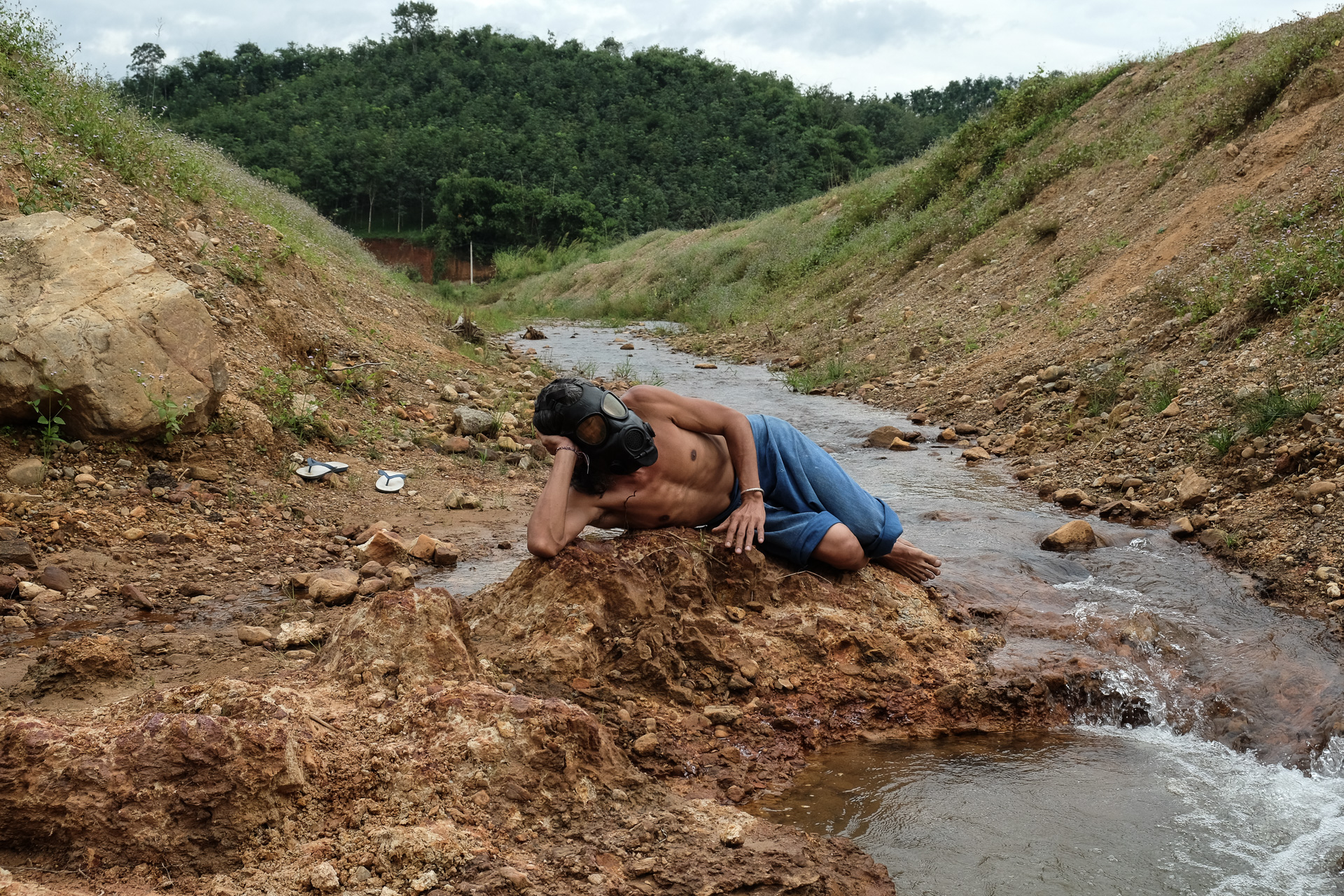 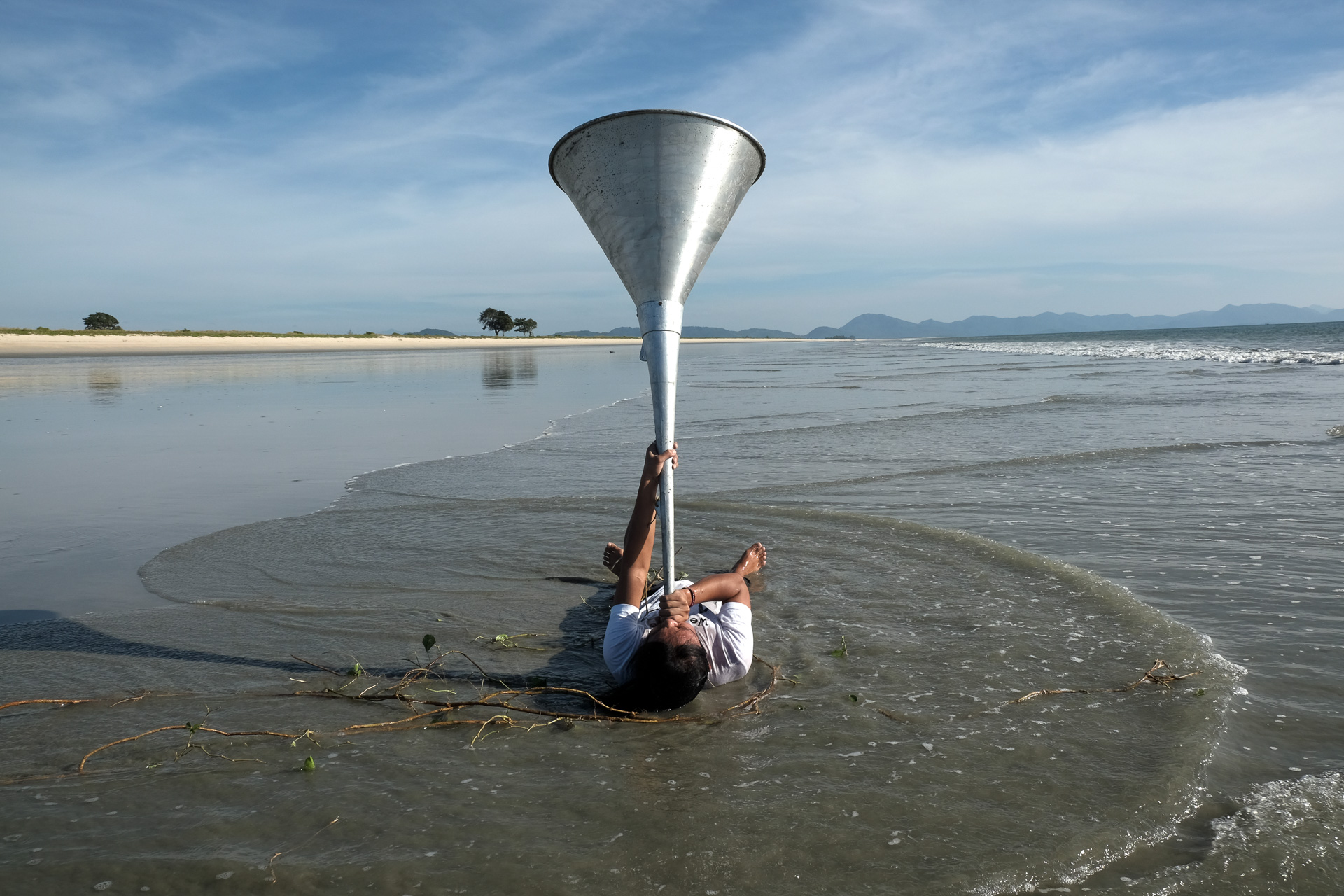 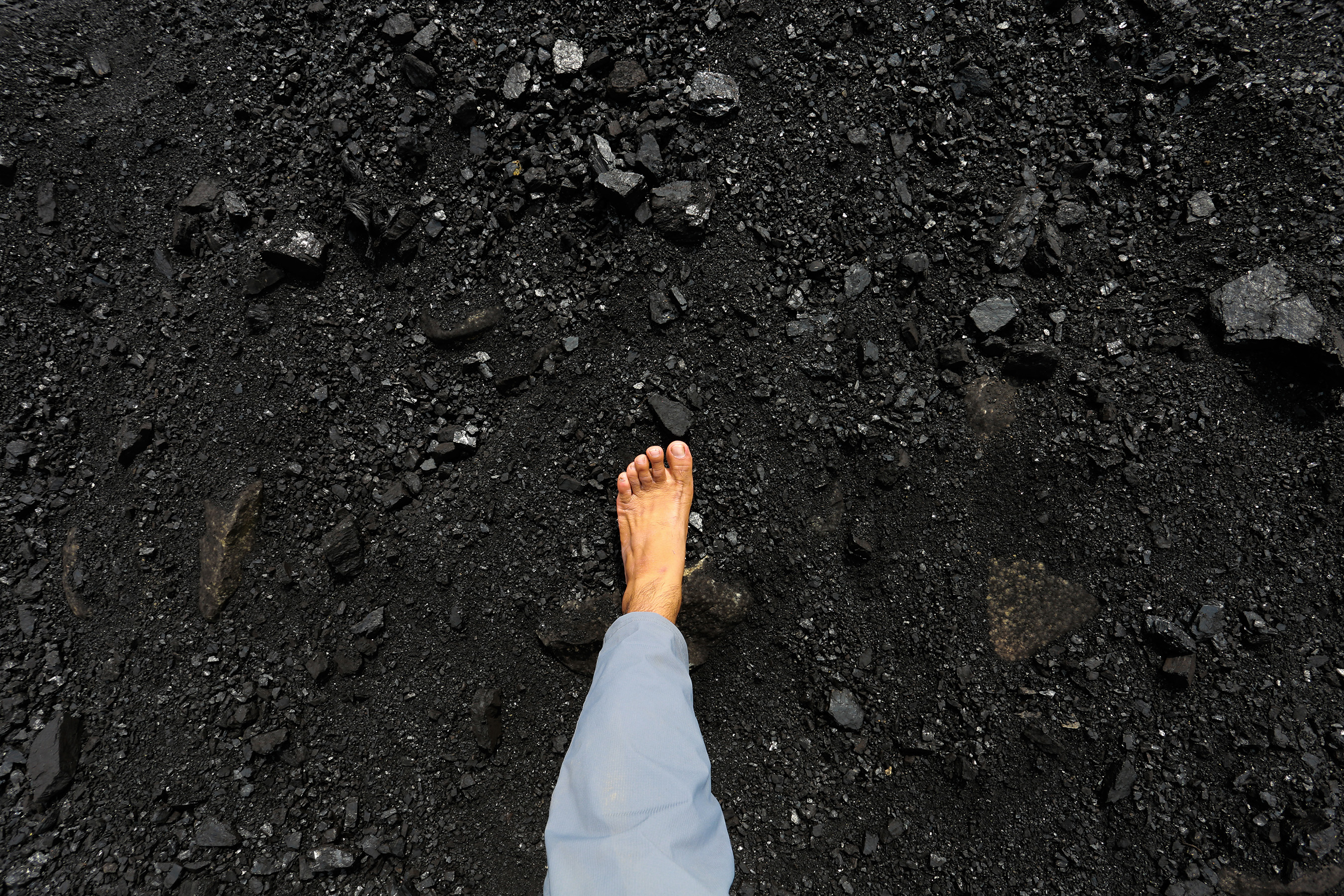 The exhibition is co-ordinated by the Community Art Project after a group of seven artists and photographers who came together last year, researching materials and information in Krabi from locals and activists who oppose the construction of the coal-fired power plant projects in Krabi and Thepa by the Electricity Generating Authority of Thailand (EGAT).

Research has shown that the areas where EGAT intends to build the plant and the route of coal transport from Indonesia lie at the heart of the southern Andaman sea’s marine ecosystem. Affected areas cover the provinces of Ranong, Nakorn Srithammarat, Phang Nga, Krabi, Trang, Satun as well as most of the islands in the Andaman sea including Malaysia’s Langawi.

The marine ecosystem consists of the basic constituents of saltwater habitats like tidal flats, mangroves, sea grass, coral, and rock formations that provide food and shelter for one of the world’s highest concentrations of marine diversity for over 360 species of fish and sea life. The exhibition will focus on the lives of local villagers from Urak Lawoi who will feel the most negative impact of the coal-fired power plant on their economy and culture — not to mention the locals’ belief in the sanctity of the land which may be entirely destroyed.

The two coal-fired power plant projects in Thepa and Krabi have met with stiff resistance from locals and NGOs, who say it will threaten the environment and ruin their livelihood, which depends largely on fishing in the case of Thepa and on tourism in the case of Krabi. As a result, the Ministry of Energy has decided to put construction on hold for three years pending additional environmental and health impact assessment. However, despite this small victory, the local communities and NGOs feel this is merely an attempt to stall the inevitable as the j of the project still yields great political power. The artists therefore believe it is vital to continue raising awareness and keep the debate alive.

From the field research by the artists and their experiences in previous art community projects, they have concluded that the most important factor for success in battling the authorities is for locals to protect themselves from being exploited by politicians and capitalism by standing united. The local communities and their leaders must remain impregnable to external stakeholders and arm themselves with knowledge and understanding of the long-term impact.

Since the political turmoil against the government of Thaksin Shinawatra led to the 2006 coup, contemporary art in Thailand had seen a rise in politically charged work. After the 2014 coup, however, a number of art and cultural professionals have struggled with self-censorship, the junta ban on cultural activities and a climate of fear.

After the 2014 coup Thailand’s art scene changed its function dramatically due to self-censorship. Polarization in Thailand raised tensions within the art world as much as in any other social sectors. But that has also added a healthy debate and much-needed criticism in and of Thai art.

The exhibition is a project, co-ordinated by Community Art Project, involving seven Thai artists/activists. Some of them were pioneers in raising awareness of pressing political and social issues in Thailand. Group members became known for their radical work in various media and collaborations with other socially engaged artists. Using performance art, poetry, installation, mixed media, literature, VDO and photography, they were identified with the changes in society since the 1970s, when several of them formed associations including Asiatopia. Some of them took part in rallies and called for public monuments to the uprisings against dictatorship and brought social and political issues into the realm of art.

The social and advocacy project they have highlighted include environmental issues, the rights of sex workers, capitalism, cultural change, the impact of development and urbanisation on indigenous and minority groups, corruption and many other issues.