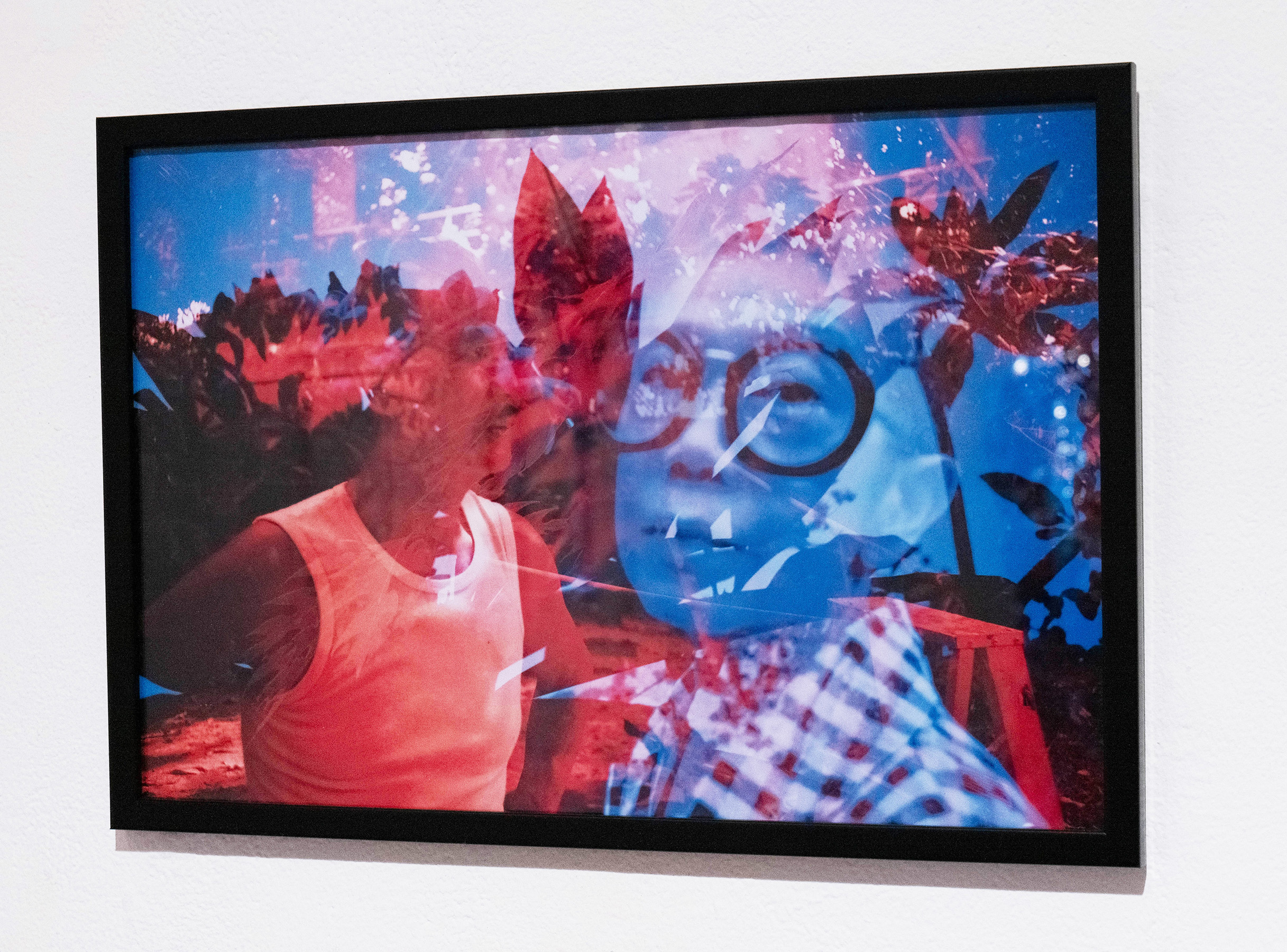 The spheres in double consciousness will melt away.

The spheres in double consciousness will melt away. 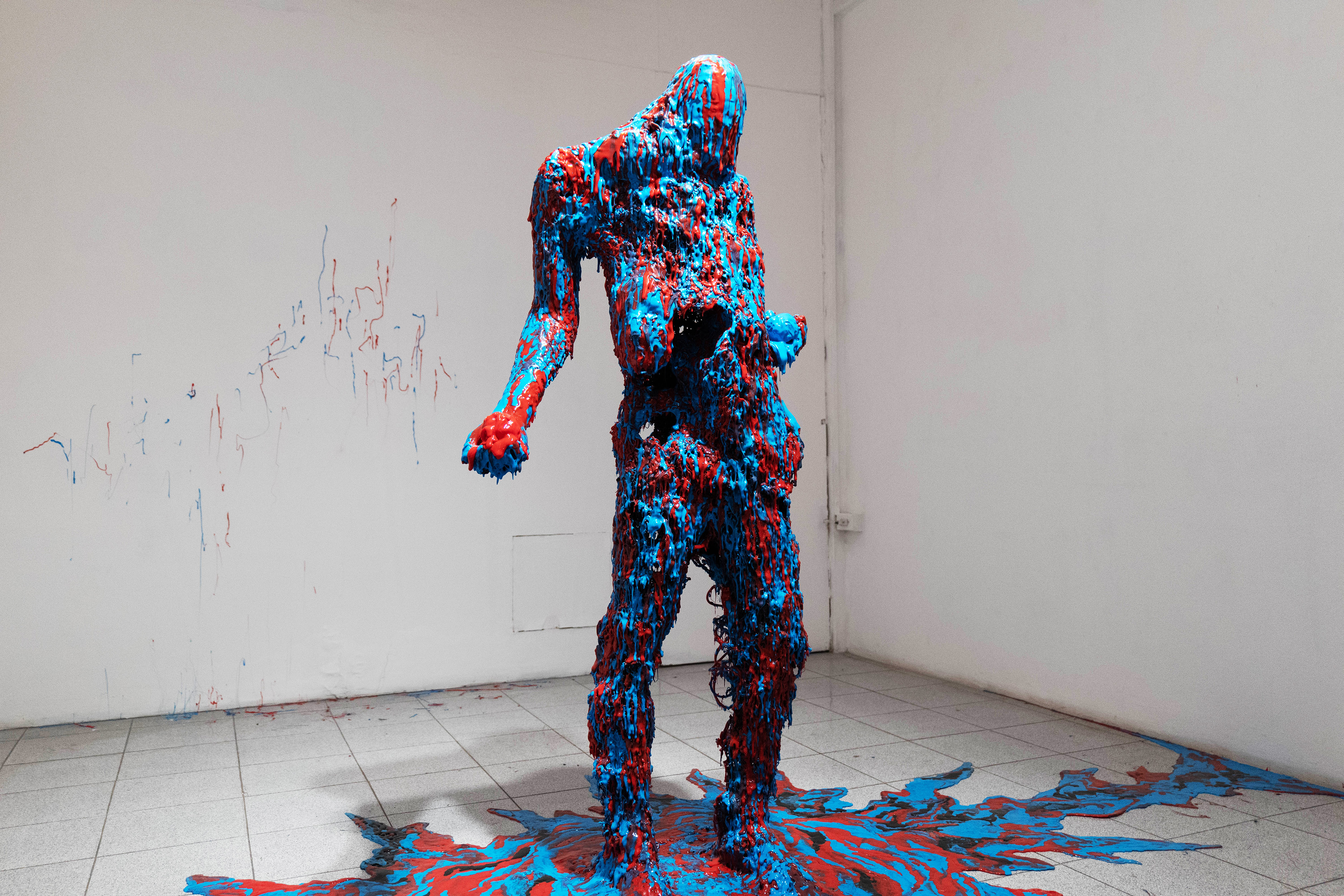 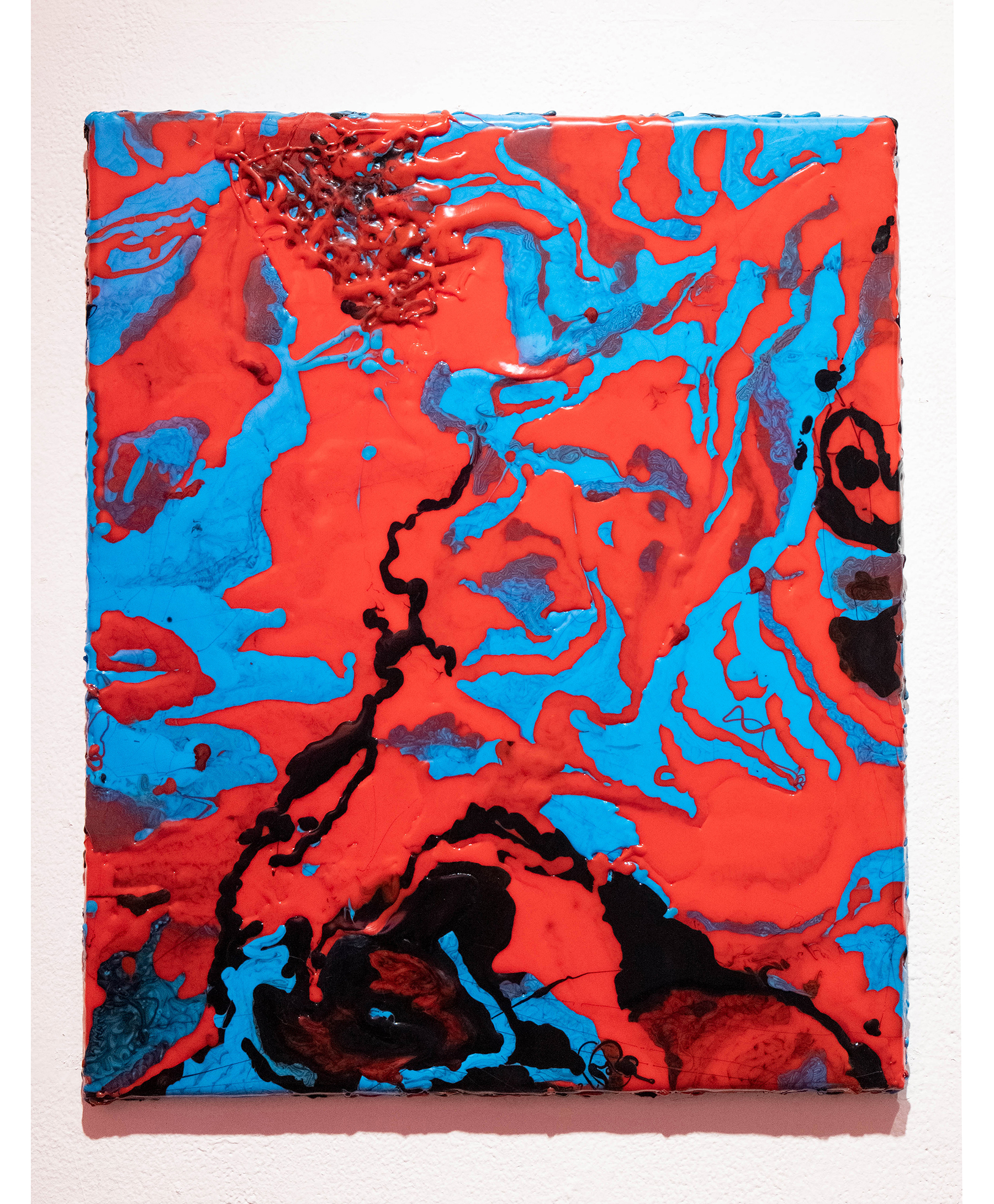 What if fire was the beginning and water was the end.

What if fire was the beginning and water was the end. 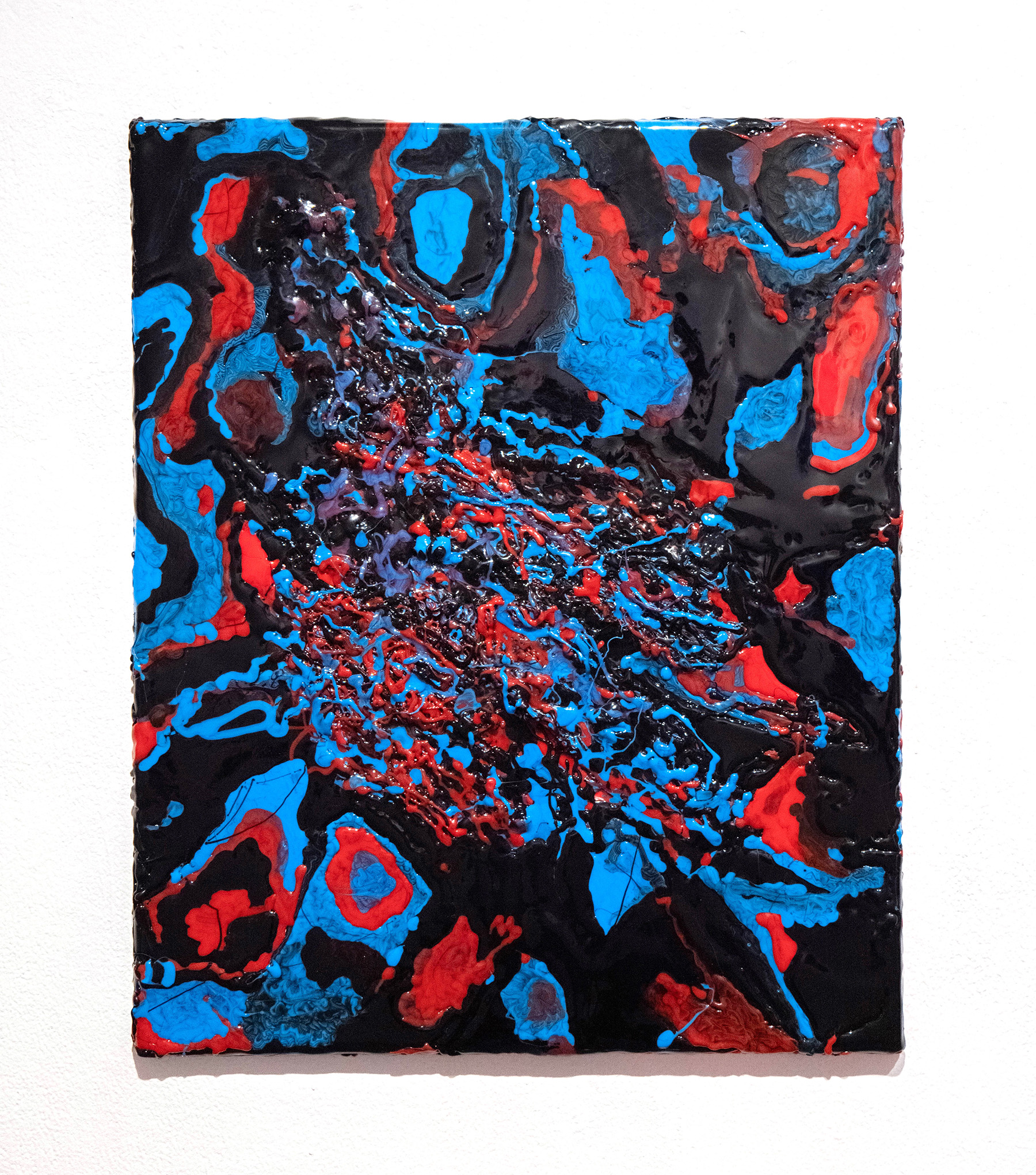 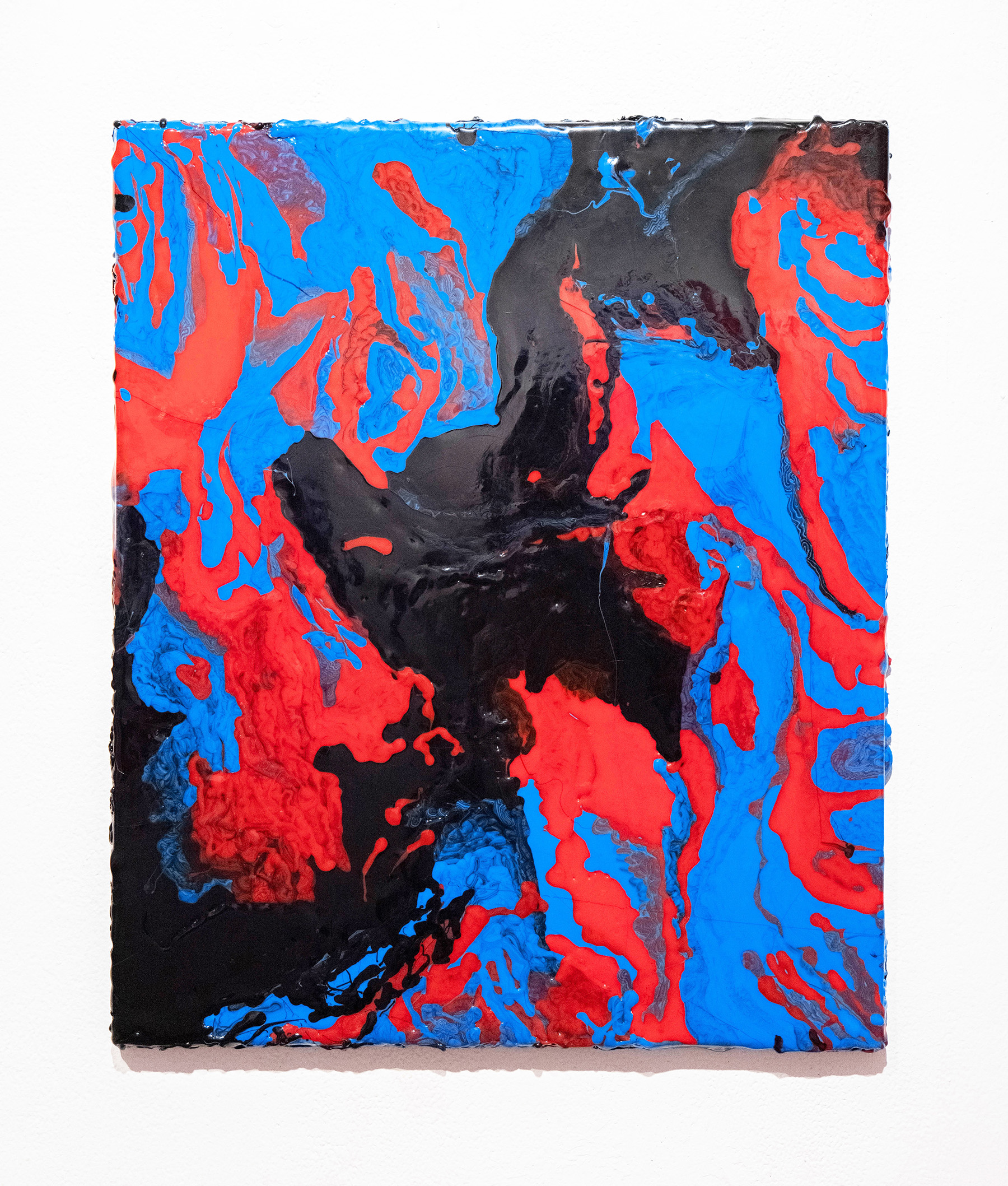 What’s the difference between creation and destruction, when they can be one in the same

What’s the difference between creation and destruction, when they can be one in the same 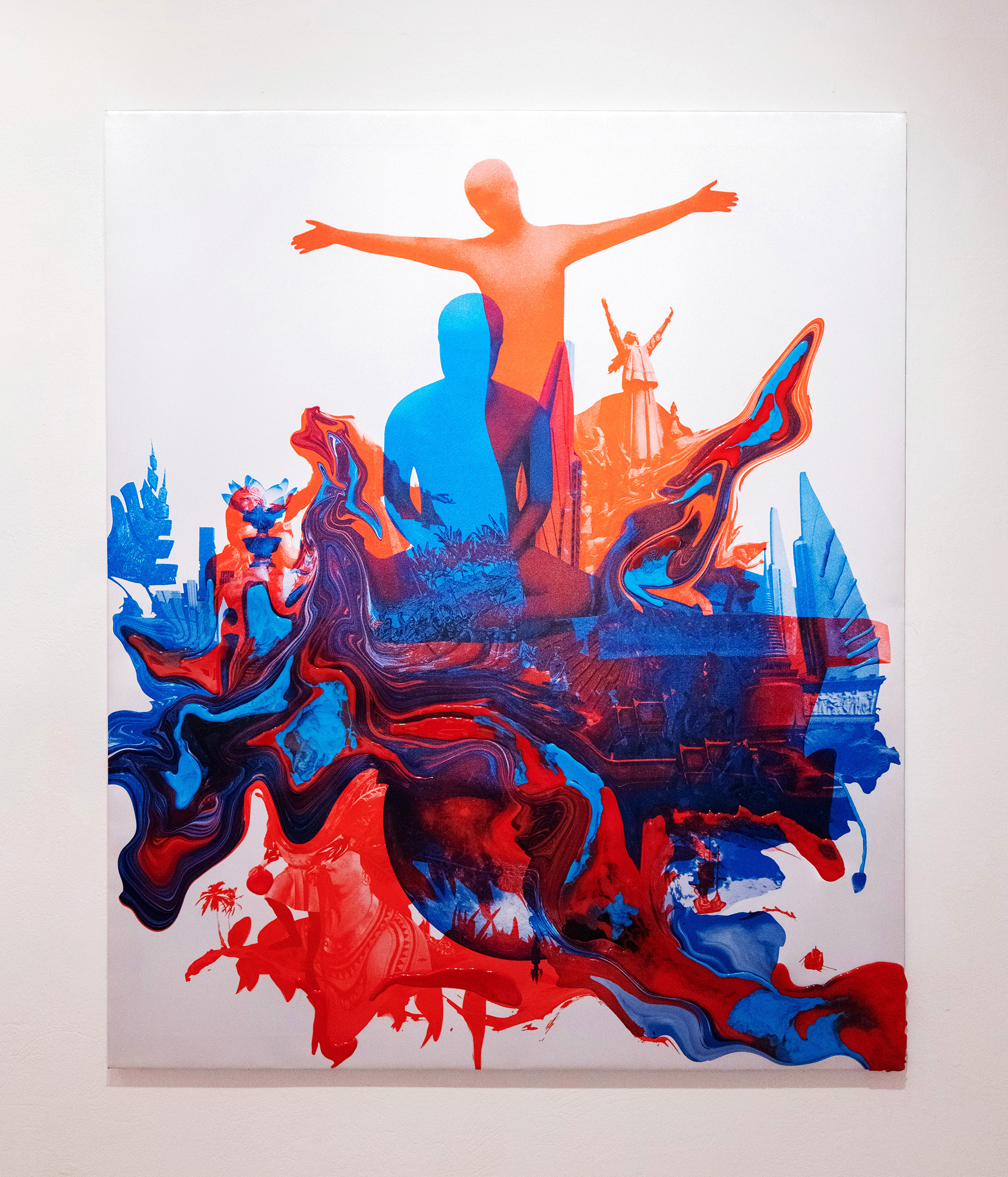 The society you move around with

The society you move around with 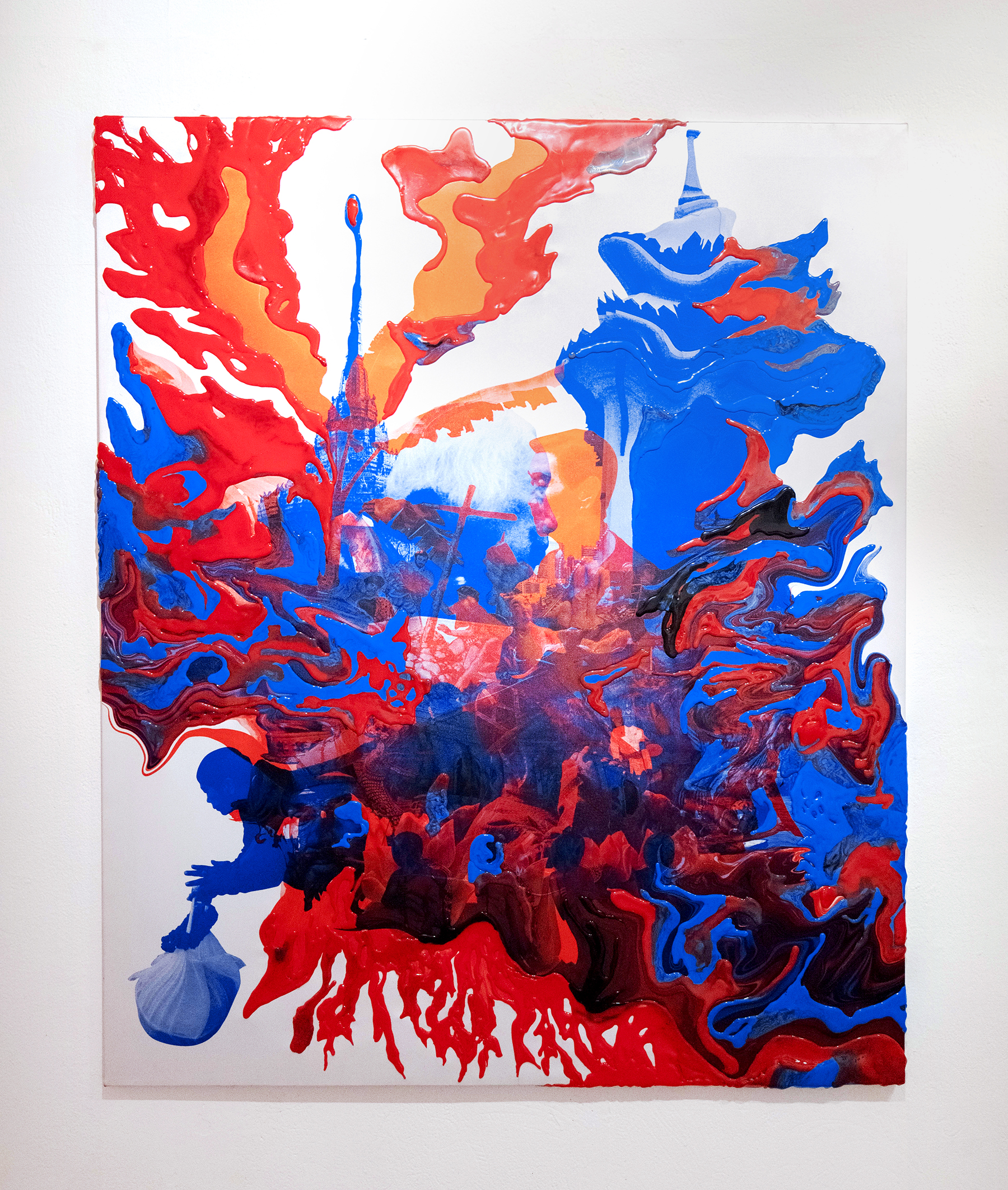 There is an idea that our world was formed from oppositions, good and evil, important and trivial, strong and weak. These polar forces seem to keep things in balance; yet living in the space in-between is a work of art. It’s crucial to maintain and hold on to your position while keeping the equilibrium.

Rook Floro creates his four alter egos to represent his wide range of identities, which then act as an inspirational source for his artistic practice. Yet the most personal and intimate, the Alpha/Omega, the foundation of who he is, is the one he has explored last. At the age of 25, he visited Philippines for the first time since he was a baby and found things felt familiar but unknown at the same time.

Growing up as a child of two worlds, Floro unconsciously absorbed two cultures, visiting a church one day and a Buddhist temple on the next. He speaks English to his dad and Thai to his mom, an automatic code switch in his brain that doesn’t just differentiate linguistics but is how his mind works. Even though he has spent the majority of his time in Thailand, the influence of his dad’s place of birth, the Philippines, has permeated his life, from the smallest things such as dining behaviour to the larger ones of ideology. Language barriers, combined with the differing cultural background of his parents, forced Floro, from a young age, to act as a mediator between his parents’ broken communication channels. This has created a double consciousness that has melted to form a person.

Perplexed and fascinated by his first trip back to the Philippines, he started to question the idea of his own identity. Who would he be if he had grown up there instead?The experience built strong feelings and rumination. Aspects that find are lease in this exhibition where he can turn these complex thoughts into visual and physical forms, allowing him to create a better understanding and express his feelings through artistic experiment.

Alpha and Omega are the first and last letters of the Greek alphabet. They represent the beginning and ending, but are as equally as important. They are the furthest apart and act as a border for the others. Like fire and water, they represent opposing forces, ferocious and tranquil, but acting together, they become the source of life and death.

This exhibition is a prologue, the start of his journey into the most challenging undertaking of all, understanding oneself. This learning requires time. Many spend their whole lives finding the answer. The important thing is to continue to learn and grow, while maintaining equilibrium of body and mind.

Rook Floro
b. 1987, currently lives and works in Bangkok, Thailand
‍
Rook Floro’s art practice revolves around nomadic identities and the idea of becoming, exploring deep into himself along with observations of others and society. His inspiration draws from contention in his own life, which he visualizes in series of artworks reflecting different sides of his existence. Each project is represented by his various alter egos named Flux, Corvus, Blastard, and Alpha/Omega. There are many more yet to be explored. They are tools which he uses to talk about different topics through his art practice, they each have their own theme, aesthetics, and personality.
‍
He studied fine art at Birmingham School of Art, UK, for his master’s degree. In 2012, he was selected as one of UK young artists and went on to participate in World Event Young Artist in Nottingham, UK. In 2015, he was a resident at Thaillywood Artist Residency in Chonburi and also in 2016 at Centre Intermondes in La Rochelle, France. He has exhibited his works in several places in England, France, and Thailand.